Justin Chon’s “Gook” will open in theaters Friday for a limited release.

The film tells the story of two Korean American brothers who befriend a young African American girl in the setting of the 1992 Los Angeles Riots.

Chon wrote, directed and stars in the film alongside Simone Baker and David So, most famous for his YouTube channel.

“Gook” has proven to be a festival favorite this year, from receiving the Audience Award at Sundance to accolades from the Los Angeles Asian Pacific Film Festival, CAAM Fest San Francisco, the Houston Asian American Film Festival and the Las Vegas Film Festival. 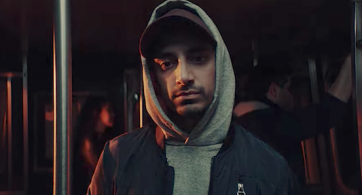 Some of us last saw Riz Ahmed spitting bars in Lin-Manuel Miranda’s “Immigrants (We Get the Job Done)” music video, but two nights ago on Jimmy Fallon, the rapper […]