Some of us last saw Riz Ahmed spitting bars in Lin-Manuel Miranda’s “Immigrants (We Get the Job Done)” music video, but two nights ago on Jimmy Fallon, the rapper and actor delivered another performance of a spoken word poem that has unfortunately become relevant to today’s times.

Ahmed wrote “Sour Times” a decade ago. It’s a moving, introspective poem about being Muslim and facing the backlash of Islamophobia following virtually every terrorist attack reported on the news.

Ahmed told Fallon that he updates the poem now and then, but he wishes each year that it would become less and less relevant. Following the events in Charlottesville this past week, however, he feels that the poem’s message especially suits these sour times. 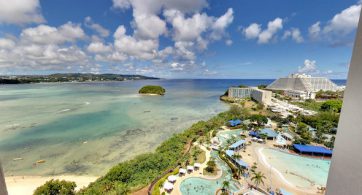 HAGATNA, Guam — Tourists haven’t been deterred from visiting the tropical island of Guam even though the U.S. territory has been the target of threats from North Korea during […]