Chinese American indie filmmaker Cathy Yan has been chosen as the director of the next Harley Quinn film from Warner Bros and DC Entertainment.

The news, reported by Deadline Tuesday, makes Yan the second female director to helm a DC film, following the gargantuan success of Patty Jenkins last year with “Wonder Woman,” and the first-ever female Asian director behind a big-studio superhero pic.

The untitled film, written by Christina Hodson, will be a “girl gang movie,” and based on “Birds of Prey,” which in the comic books gathers an all-female crime-fighting team comprising Quinn, Black Canary, Batgirl and Huntress.

Yan’s film “Dead Pigs,” a satirical dramedy set in modern-day China, won the U.S. Dramatic Special Jury Award for Ensemble Acting at Sundance Film Festival earlier this year. In 2016, her comedy pilot about a Korean mother and her gay son, “According to My Mother,” was the Best Drama Pilot winner at the New York Television Festival.

Yan, who was born in China, grew up between Hong Kong and Washington, D.C. A former Wall Street Journal reporter, she obtained master’s degrees from both Stern School of Business and Tisch School of the Arts at New York University.

According to Deadline, Margot Robbie — who debuted as Quinn in “Suicide Squad,” and whose production company LuckyChap will co-produce the film with Kroll & Co Entertainment — “held firm to her desire for this film to be directed by a woman.”

Watch the trailer for Yan’s “Dead Pigs” below: 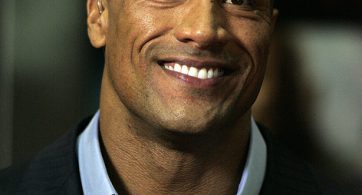 Can anything top being sung an impromptu “Happy Birthday” by Dwayne “The Rock” Johnson? This weekend, a young fan named Vinny experienced the birthday of his lifetime when the “Rampage” star […]