Can anything top being sung an impromptu “Happy Birthday” by Dwayne “The Rock” Johnson?

This weekend, a young fan named Vinny experienced the birthday of his lifetime when the “Rampage” star popped into a theater playing the film to surprise moviegoers.

Upon learning it is Vinny’s 12th birthday, Johnson launches into song, and invites him onto the stage to say hello.

Imagine being a 12yr old boy who goes to see RAMPAGE with his family on his BIRTHDAY. THEN… The Rock shows up outta nowhere and surprises the entire theater.. AND THEN winds up singing happy birthday to the birthday boy. Should’ve seen the look on Vinny’s face when I was singing to him and shook his hand. Great birthday moment surprising fans last night at screenings of RAMPAGE. He was so nervous he forgot how old he was Its all good kid, I forget how old I am too. That’s why I always act like a kid. #SurprisingFans #YouNeverKnowWhenDJWillPopUp #BestPartOfMyJob #RAMPAGE

Johnson shared the video on his Instagram on Sunday, commenting that surprises like these are the “best part of his job” and using the hashtag #YouNeverKnowWhenDJWillPopUp.

“He was so nervous he forgot how old he was,” Johnson wrote. “It’s all good kid, I forget how old I am, too. That’s why I always act like a kid.”

Middling critics’ reviews did not stop the Brad Peyton-directed “Rampage” from topping the box office upon its release Friday, and pulling in $35.7 million in its opening weekend. Based on a video game of the name same, the film follows Johnson as Davis, a primatologist who befriends a giant gorilla to stop a catastrophic monster invasion. 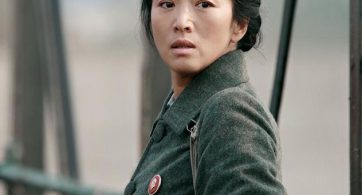 Disney has been hard at work casting its live-action adaptation of “Mulan,” with Gong Li, Jet Li and Donnie Yen all slotted to join Liu Yifei on the project, […]