Happy 79th birthday, Bruce Lee! From the premiere of Cinemax’s “Warrior” to the upcoming Hong Kong martial arts film “Ip Man 4: The Finale,” 2019 is proof that the legacy is still going strong for the actor and martial artist. And while some works this year haven’t depicted him in the most flattering light (*cough* Quentin Tarantino *cough*), we’re making sure to honor this Asian American icon with a list of some of his most memorable film scenes.

In this scene, Tang Lung defeats the Italian mafia using his nunchaku. And while the stakes may not be as high as in some of his films, Lee manages to make this moment enthralling with his excellent comedic timing and confident swagger. It’s a light-hearted, fun fight that proves that Lee’s nunchaku skills are stronger than thugs with guns.

Basketball legend Kareem Abdul-Jabbar studied Jeet Kune Do under Lee and the two formed a close friendship, so it’s no surprise that Abdul-Jabbar made a memorable cameo as the villain, Hakim, in Lee’s last film. Not only does it feature Lee in his iconic black and yellow tracksuit, this fight is a sight to behold, with Abdul-Jabbar standing at 7′ 2″ in comparison to Lee who is 5′ 8″. Despite their differences in height, each holds his own in this thrilling scene.

It’s Bruce Lee taking on an entire dojo by himself—what more do you need? In this scene, members of a Japanese dojo show up at Chen’s (Lee) master’s funeral and taunt the students of Jingwu School, describing the Chinese as “weaklings” in comparison to the Japanese. Chen decides to pay their dojo a visit and teach them a lesson in respect. You can watch in awe as Lee single-handedly fends off 30-plus characters.

Using Wolverine-like claws as weapons, Han, the film’s antagonist, battles Lee in “Enter the Dragon”’s final showdown. Set against a hall of mirrors, the effect is somehow both disorienting and cinematic, as Lee defeats his enemy by breaking all the mirrors in the room before killing Han with a spear. This is Bruce Lee at his most bad@ss, with claw marks slashed on his chest in front of all those dizzying mirrors.

Here marks the birth of all those Chuck Norris jokes and memes. This final fight scene between Lee and Norris is a fan-favorite, and for good reason. It’s an iconic, much-anticipated showdown between two celebrated Hollywood martial artists. The scene starts with slow-burning tension as both Lee and Norris take their sweet time warming up and staring each other down. And to add to the grandiosity, the fight takes place in the Roman Colosseum (with the help of a little movie magic, of course). Even after all these years, this scene is still regarded as a truly legendary fight, proving that Lee’s legacy will continue to live on for years to come. 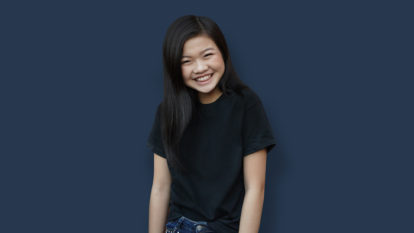 Miya Cech is in for a wild ride in her latest film, “Marvelous and the Black Hole.” 12-year-old Cech (“The Darkest Minds”) is set to star alongside Rhea Perlman […]