Not many people can say they have traveled the world alongside both Phil Collins and Stevie Wonder. But for Bridgette Bryant, it was just like singing with old friends.

As a young girl, Bryant recalled staying up with her older sister to listen to records she brought home and fell in love with singing after developing her voice in her local choir. And as she grew, she knew in the back of her mind that she was born to perform. After realizing that “music was medicine” she gave herself the blessing to pursue it. “I can do music and still bring healing and love to the world,” Bryant rejoiced.

Bryant started her professional career in the choir of gospel legend Daryl Coley and was taken under the wings of singers Maxi Anderson and Alex Brown. Shortly after, she began working with Stevie Wonder and became a frequent collaborator over the years. In the 1990s, Bryant went on to join Phil Collins on tour, experiencing the different auras between the fans of R&B and those of pop-rock.

Once the tour was over, Bryant was still getting offers to go back on tour, but the songstress made the decision to stay home to raise her children. She shifted her focus to studio sessions and performing on special occasions. Bryant was inspired by her time with her children and later wrote “Lessons in Life” with friend Daniel Ho. The song, originally made for young children and families, has become a learning tool used widely in classrooms of various ages.

For someone who has an illustrious career, Bryant never shied away from doing what she wants so long as she has the passion for it. Prior to the shutdown, she had reached out to Collins to once again join him on his latest tour, where she reprised the duet, “Separate Lives.” “Singing has never been work for me, because it was always just love,” she expressed. “When it’s work, it’s just not fun and I never really had that feeling. It’s a joy.”

Watch Bridgette Bryant’s full performance and interview above, and make sure to visit her GoFundMe page to help support her work! 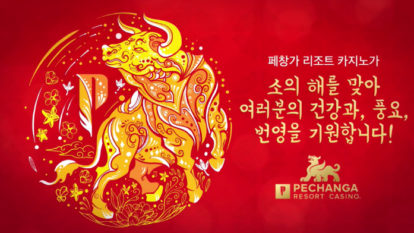 As the Lunar New Year 2021 approaches, Pechanga Resort & Casino welcomes everyone to join in the celebration of the festival with a series of games and promotions this […]