Culinary star Roy Choi added another restaurant to his rapidly growing empire after being named head chef at the swanky Beechwood Kitchen in Venice, according to LA Weekly.

Chef Jamie Lauren is out and Choi is in at the sleek New American restaurant in Venice. Owner Dave Reiss has asked Choi to step in and “provide some new direction for the kitchen while making plans to renovate and update the dining space,” according to Alice Shin, Choi’s PR and Twitter maven. Get ready for Choi’s most American menu to date, one that’s “laid-back, beachy and contemporary, while expressing some of the classic idiosyncrasies of Roy’s imagination.” 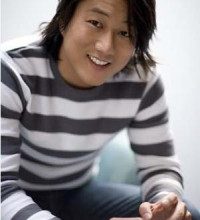 “Fast Five” actor Sung Kang has landed a “key supporting role” in an upcoming movie starring Sylvester Stallone, according to Variety. The trade publication said the untitled project will […]