How did they do it?

How did Asian Americans in the 1970s and early ’80s, with little political clout let alone a collective identity and presence, create a large-scale movement to free a lowly Korean immigrant named Chol Soo Lee who was wrongfully convicted of murder? How were they able to get traditional-minded Korean halmeonis and churchgoers working alongside progressive, third-generation Japanese American activists to raise awareness about the case and money for Lee’s defense? How were they able to sustain that movement for more than six years, until they were able to win Lee’s freedom from death row?

There’s a mythical quality to the Chol Soo Lee case, which predated the more widely known Vincent Chin incident in 1982 as the first-ever pan-Asian American social justice movement. That’s partly because the case flies under the radar even among Asian American studies scholars, and it’s also because this vision of an organized, collective movement of Asian Americans to help a convicted murderer sounds so far-fetched.

At the Chol Soo Lee Day of Remembrance event this past Saturday in downtown Los Angeles, the individuals directly involved in what became a national and international movement to free Lee turned out in the flesh. Many who got involved as college-aged youth are today well into their 50s, their salt-and-pepper hair bearing evidence of time passed, with their mentor figures in the movement now in their 60s through 80s.

There was an almost festive, reunion-like atmosphere to the event, as many had not seen each other in months or years, and they embraced, recounted old memories and playfully ribbed each other. “I learned a lot of Korean words,” said a smiling Gary Eto, who is Japanese American, recalling the days he spent working with Korean American friends on the Free Chol Soo Lee movement. “Mostly bad ones,” he added, laughing.

Most of those present on Saturday were not able to attend a memorial service held in Northern California shortly after Lee’s passing last December at age 62. This weekend’s event was held to give Lee’s Los Angeles-based supporters a chance to reflect on a man who made a profound impact on their lives, said Do Kim, a Los Angeles civil rights attorney who spearheaded the Day of Remembrance, along with his nonprofit K.W. Lee Center for Leadership. (Kim named the center after the Korean American journalist whose investigation into the Chol Soo Lee case was instrumental in uncovering evidence that would lead to Lee’s acquittal. K.W. Lee, who turns 87 this year, flew in from Sacramento to attend the event.)

Addressing an intimate crowd of about 40 people who gathered at the L.A. offices of the nonprofit Asian Americans Advancing Justice, Kim said he had an explanation as to how the unlikely Chol Soo Lee movement became a reality. “It’s because the people on the [Chol Soo Lee] Defense Committee were amazing people,” he said. “This is why they were able to do it.”

And they defeated incredible odds. Chol Soo Lee, an immigrant from South Korea who came to the U.S. at age 12, was arrested by San Francisco police in June 1973 for the murder of Yip Yee Tak, a local Chinatown gang leader, who was shot dead in broad daylight. Though he had maintained his innocence throughout, Lee, then 20, was convicted of first-degree murder and sentenced to life in prison a year later.

K.W. learned about Chol Soo when the latter was on death row—the result of him being convicted of a second murder, after he killed a neo-Nazi inmate during a prison yard brawl in which Chol Soo claimed self-defense. After a six-month-long investigation, K.W. would write a series of stories about Chol Soo that raised troubling questions about the Chinatown murder conviction. Chol Soo, who was 5-foot-4 if that, was much shorter than eyewitness descriptions of the gunman and had a mustache that not a single witness mentioned to police. Notably, Lee was often misidentified as Chinese during his trial.

K.W.’s articles would help spark the Free Chol Soo Lee Movement, which brought together a diverse group of supporters that spanned across different races, ethnicities, religion and politics.

Jai Lee Wong, who attended Saturday’s event along with about a dozen other members of the movement, recalled the journalist’s first articles on the case. A young community activist at the time, she said Chol Soo’s story as the immigrant child of a single mother lost in a foreign land resonated with her.

She recalled the time she drove all night with two other individuals—Japanese American community activist Warren Furutani, with whom she was working at a center serving at-risk Asian American youth at the time, and a street-wise Korean American teen named Charlie Park—to reach the Deuel Vocational Institution, the Northern California prison where Chol Soo was incarcerated. They waited in their car until the prison opened for visitors in the morning, and met Chol Soo in person. As he chain-smoked his Marlboro reds, he told them he was innocent of the 1973 Chinatown murder for which he was convicted.

“We believed him,” said Wong.

The three would play active roles in the Chol Soo Lee Defense Committee, as groups formed across the country with the common goal of winning Lee’s freedom. “We were young, fearless and perhaps a little crazy,” Wong recalled.

Despite the initial doubts and distrust of some members of the Korean American community, who assumed if Lee was convicted, he must be guilty, the Defense Committee members were “relentless” in their outreach and education efforts, said Wong. They held bake sales, car washes and dance parties to raise funds to hire the best defense attorneys for Lee.

It was the first time many in the immigrant Korean community had worked closely with Japanese Americans, noted Wong.

Indeed, several of those individuals present Saturday talked about how the case changed their career plans.

“Chol Soo Lee really screwed me up,” said Duncan Lee, a Korean American who grew up in Los Angeles. He said he was a pre-med student at UCLA, like a “good, Asian kid” when his friend Charlie Park called him up and told him about the Chol Soo case. Park, who commanded a certain respect and authority among his friends, told Duncan to sing at an upcoming benefit concert for the Chol Soo Lee Defense Committee. Duncan did as told and, from then on, he also started attending Defense Committee meetings.

The case would turn Duncan’s life around. He did not go to medical school, as planned, but instead was inspired to become a lawyer and would, years later, work on the Vincent Chin federal court case along with many others from the Chol Soo Lee Defense Committee.

“Chol Soo’s case gave me a purpose,” said Greg Murakami, also a UCLA undergraduate at the time. He was a straight-A student who would never think to question authority, he said, but when friends told him about the Chol Soo Lee case, it opened his eyes to a whole new world. “There was all this justice, a lot of things going on that weren’t right,” he said. Murakami, who initially thought he would become a lawyer, instead pursued community advocacy work, and has been involved in drug abuse prevention and human relations work throughout his career.

Many former Defense Committee members remembered Chol Soo for being kind, compassionate and incredibly strong both mentally and physically (“He made Bruce Lee look like a wimp,” remarked Gary Eto), but he also had a darker side fueled by his past in a kill-or-be-killed environment for 10 years—during the prime years of his life. He spent many of his days of freedom feeling lonely and depressed, with no real chance for rehabilitation and a normal life. “Mostly good came from this movement,” said Eto. “But the main thing was, this was a travesty and it ruined a man’s life.”

On that note, those gathered reminded each other that the work isn’t over yet. There are pressing criminal justice issues today that affect all people of color, including Asian Americans. “[Chol Soo] is telling us, ‘Please do not stop your work,” said Grace Kim, an 83-year-old community activist who, with husband Luke Kim, used to hold Defense Committee meetings in her Davis, Calif., living room. “Still, you have to work hard for social justice and fairness and equality for all.”

Do Kim said part of the mission of this Day of Remembrance was also to look ahead, so people could “recommit” themselves to that pressing work. He introduced to the crowd some young men who are working on anti-recidivism, resentencing issues and support for formerly incarcerated Asian Americans. One of those men, Paul Jung, a staff attorney with Asian Americans Advancing Justice, said he was thankful for the example of the “trailblazers” in the room and added that he and others were ready to “continue the work” they started.

Clutching a book that Chol Soo Lee had signed before he passed, Jung said, “If anybody wants to get plugged in and come alongside, then we’re here.” 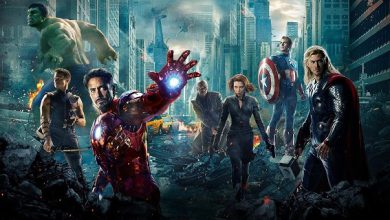