South Korean model and actress Clara Lee was listed as the second most beautiful woman in the world on Oct. 28 by MODE Lifestyle Magazine.

According to MODE, Clara is the magazine’s first Asian cover model. “[Clara] has a refreshing image and bright personality. Her stellar performances in Korean movies, modeling and acting caught the attention of our U.S. judges, which led to her high ranking on the list,” said a magazine representative.

In response to the impressive title, Clara commented, “I’m grateful that people not only in Korea but also overseas are looking at me prettily with a good heart.  I want to make sure to relay my thanks to my fans both domestic and foreign through this opportunity.”

She also tweeted photos from the magazine.

The 28-year-old celebrity comes from a unique background. Although she was born in Switzerland and educated in the U.S., she holds British citizenship. She starred in her first movie, Five Senses of Eros, in 2009 and skyrocketed into fame after throwing a ceremonial first pitch in a Korean professional baseball game in form-fitting leggings.

Clara has also appeared in numerous music videos, such as Jay Park’s “Joah” and Tei’s “Same Pillow.” She currently has more than half a million followers on her Facebook page. 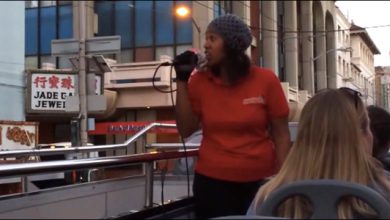 You may have seen the viral video which shows a tour guide giving a description of San Francisco’s Chinatown to a number of individuals aboard a tour bus. Doesn’t […]