Following a drastic ratings growth in its summer premiere, “Claws” is returning for a third season.

TNT renewed the drama series on Monday morning, as reported by Deadline. “Claws,” which stars Karrueche Tran alongside Niecy Nash and Carrie Preston, follows five manicurists working in a Floridian nail salon who become involved with the world of organized crime.

The second season of “Claws” is among TNT’s top five cable dramas this year. Its premiere showed an 38 percent jump from its first-season debut last year, drawing 1.3 million adults aging 18-49. It’s also a social media darling — in the first week alone, the drama generated more than 700,000 social engagements, growing 75 percent on Twitter and 58 percent on Facebook. 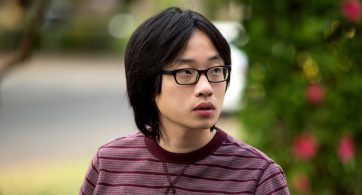 “Silicon Valley” star Jimmy O. Yang has joined the cast of “The Opening Act,” an upcoming coming-of-age comedy produced by Vince Vaughn and Peter Billingsley, according to Deadline. The […]