With a book titled “Season,” I should have guessed that Nik Sharma’s recipes would call for more than just a dash of sea salt and the occasional bay leaf. Written by the popular Bay Area author of “A Brown Table” blog and “A Brown Kitchen” newspaper column, Sharma’s debut cookbook is a gateway into South Asian and Middle Eastern flavors, but there’s a basic toll to pay first: I had to invest in new seasonings.

For the last several years, I’ve dabbled with learning various East Asian and Southeast Asian dishes, but South Asian cuisine has normally fallen under the category of “things I love to eat but fear cooking.” For example, most of the East Asian dishes I make rely more on aromatics (ginger, garlic) or sauces (soy, mirin) to build flavor, but South Asian dishes often foreground heady blends of spices: i.e. cumin, cardamom, coriander … and that’s just the c’s! It all triggers my “pantry paralysis”—the hesitation to buy spices out of fear that I’ll only ever use a teaspoon. Seriously, I have barely used dill weed and caraway seeds that predate the Obama administration.

However, I was compelled by “Season” and its author to force myself out of my culinary comfort zone. Living in Southern California meant that I found two nearby South Asian groceries, and after an hour browsing unfamiliar shelves, I came home with a bag full of new spices. That included everything from sumac (a rust-red, citrus-like powder) to jaggery (a molasses-heavy unrefined sugar) and anardana (pomegranate seeds dried into tiny shriveled pods).

As I began to explore how to put these ingredients to work, I quickly realized that “Season” wasn’t meant to be a conventional Indian cookbook. Its flavors may be South Asian-inspired, but you won’t find recipes for “naan and curry” classics such as lamb vindaloo, saag paneer or tandoori chicken here. Instead, Sharma offers up such dishes as dried orange and coriander-rubbed T-bone steaks and pomegranate/sumac-spiced nuts. Traditionalists may look askance at some of these recipes, but Sharma’s spent both his personal and professional life challenging convention; “Season” is infused with that spirit.

He came to the U.S. as a grad student in the early 2000s, but it wasn’t just an American education he sought. As a teen, Sharma’s realization that he was gay meant that a future life in India would pose greater challenges. He started his professional life in America as a biomedical researcher, and writing about food was originally a hobby he pursued in his spare time. Eventually, Sharma was able to turn his side hustle into a full-time gig, and along the way, he embraced a new identity as a food writer. He notes that his experiences were part of a “journey of acclimatization, adaptation and acceptance.” As such, he wanted his food to reflect a life spent within the “inherent tension between originality and tradition.”

All those spices—detailed in his “Flavor Glossary,” as well as the “Whys” and “Hows” mini-essays on seasoning strewn throughout the book—create a foundation to start from as the recipes simmer with an inventive, creative energy. One of the first things I made was Sharma’s toasted cumin lemonade where, unexpectedly for me, the earthy spike of the cumin paired beautifully with the sweet tang of the lemon syrup. Likewise, I loved those spiced nuts, as they featured bright, fruity flavors from sumac and ground anardana, complex sweetness via pomegranate molasses and jaggery, a little cayenne kick, and melted butter for a rich finish. (I inadvertently added bitterness by overcooking my first batches; innovation!)

Down the road, I might try to make Sharma’s coriander gravlax, which seems like a zesty flip on smoked salmon. And one of these days, I’ll make use of my new jar of garam masala and turmeric to make his Bombay frittata for breakfast. Until then, I have a pantry full of new spices to experiment with that I hope won’t suffer the fate of my poor, unloved dill weed. 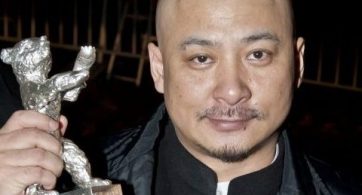