When 6,500 athletes representing 165 countries come to the Los Angeles Memorial Coliseum on Saturday for the opening ceremony of the 2015 Special Olympics World Games, 31-year-old Alicia Gogue will be among them.

An athlete of mixed Korean and Chamorro descent (her mother is Korean while her father’s side is from Guam), Alicia will be representing the United States in the 1000-meter, 2K and 5K cycling events at Alamitos Beach in Long Beach, Calif.

Having excelled in such sports as alpine skiing and cycling growing up on the East coast, Alicia first imagined competing on the world stage when she visited the U.S. Olympic Training Center in Colorado Springs last year. While she’s competed in Special Olympics Maryland for the past 15 years, it was her drive and endurance that propelled her to the World Games this year.

Gogue recalls the day she received an email notifying her that she would be part of Team USA.

“I was overjoyed and felt thrilled,” she says in a recent phone interview with KoreAm.

Founded in 1968, the Special Olympics organizes competitions in 32 Olympic-style summer and winter sports for athletes ages 8 and up with intellectual disabilities.

This year’s World Games in L.A.—the biggest sporting event in the city since the 1984 Summer Olympics—will take place from July 25 to August 2.

Born in Frankfurt, Germany, during her father’s active duty service, Gogue and her family settled in Odenton, Md. in 1985, when Alicia was 1.

“When the Odenton community noticed that she had Down syndrome, she was well-accepted and never left out,” her father, Alex Gogue, tells KoreAm. “They supported her to be involved in different activities for networking and growth.” Growing up, Alicia played flag football, danced, swam and earned her way to a black belt in Taekwondo.

To prepare for the World Games, Alicia trained with a bike coach every Saturday for an hour-and-a-half, according to her father. In her daily routine, Alicia and her father hit the road to bike as many as nine miles each morning, followed by a workout at her home gym at night.

The dedicated athlete, who obtained a certificate in child development in community college, works as a part-time childcare assistant at an elementary school. She recalls a message written on the kids’ snack bags that resonated with her: “It doesn’t matter what you get and never get upset.”

Alicia says finding the energy to juggle work with training as a cyclist can be difficult, but knows how to find balance. “When your body tells you you’re too tired, take a break for one day,” she says. “Your body is like a device that needs to be recharged.”

Alicia is not as concerned with medaling in her events as she is about the spirit of the games. She shares a few thoughts about athletes who only care about winning: “Everything is all about them, and they have too much pride. It is about sportsmanship, not about pride,” she says. “When you see someone else get hurt, stop what you’re doing and help them up. It’s about helping each other win together. Some people forget about that.”

Although she’s been physically preparing for her cycling events since October, she knows that supporters on the sidelines will be her fuel to keep pedaling. “It’s the energy that’s been built by the crowd to cheer us on and make us feel proud, not pride, in crossing the finish line,” she explains. “The more people are cheering, the harder the athletes work for them.”

In the Special Olympics, athletes are grouped by age, gender and ability, according to the rules listed on the website. This mean, each athlete is given “a reasonable chance to win.” In addition, there is no more than a 15 percent difference between the most and least skilled athlete of any particular group within each sport, as this ESPN article explains.

In cycling, athletes are divided into time-based ability groups. “The athletes have to be assessed on three different times and [officials] take an average,” Alex Gogue says.

Alicia credits her family as her best support group and source of inspiration. Her cousins engaged her in sports from a young age, asking her to hit up the beach to play volleyball and soccer during family outings, she recalls. Her 24-year-old brother, Dan, is also an athlete, participating in everything from snowboarding to soccer.

When she puts her pedal to the pavement during competition, which for her begins Monday, Alicia is most excited to see new faces at the starting line and to forge new friendships. “It depends on the person’s personality whether they talk to you. If they are kind and sweet, then I will do the same. It’s about respect. It’s the way you want to be treated. Being courteous, kind, supportive,” Gogue says. “I cheer for everybody, doesn’t matter what country it is.”

Beyond the World Games, Alicia hopes to join the “Bike Like a Girl” relay cycling team, which draws attention to the cause of gender equality in cycling. Her hope is to one day ride with the team from California to Maryland during the annual Race Across America, an endurance sports event that is 30 percent longer than the Tour de France.

A Bigger Perspective on Little People 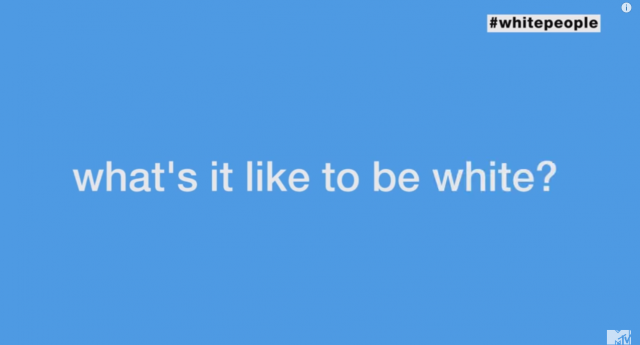 Wednesday evening, MTV aired White People, a highly-anticipated documentary that follows Jose Antonio Vargas, a Pulitzer Prize-winning journalist and activist born in the Philippines, as he explores what […]