Daniel Dae Kim has signed on to take on the character of Ben Daimio in the upcoming “Hellboy” reboot, according to Deadline.

After British actor Ed Skrein announced that he would be dropping his role in the film following whitewashing conversations surrounding Major Ben Daimio’s mixed Asian heritage in the original “Hellboy” comics, producers said they would “look to recast the part with an actor more consistent with the character in the source material.”

Earlier this summer, Kim made headlines when he and costar Grace Kim left CBS’ “Hawaii Five-0” after seven seasons due to salary inequity compared to his white co-stars.

Kim expressed his gratitude for the support surrounding the whitewashing backlash, and especially to Skrein: “I will only add that I applaud the producers and, in particular, Ed Skrein for championing the notion that Asian characters should be played by Asian or Asian American actors. He could not have addressed the issue more elegantly and I remain indebted to him for his strength of character.”

This is just the start for Hollywood in responding to a need for better representation of people of color in media — stars who previously came under fire for taking on originally Asian roles include Scarlett Johansson in “Ghost in the Shell,” Emma Stone in “Aloha” and Tilda Swinton in “Doctor Strange.”

In Kim’s exit message from “Hawaii Five-0”, which he posted to his Facebook in July, he wrote: “I’ll end by saying that though transitions can be difficult, I encourage us all to look beyond the disappointment of this moment to the bigger picture. The path to equality is rarely easy. But I hope you can be excited for the future. I am.” 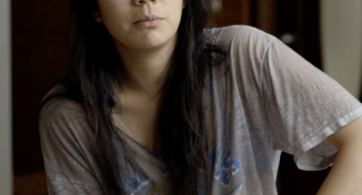 In the summer of 2015, indie folk band Thao & The Get Down Stay Down took a trip to Vietnam during one of their tour dates to commemorate the […]