Documentarian Stephanie Wang-Breal, whose previous works include “Tough Love” and “Wo Ai Ni Mommy,” takes a sensitive approach in chronicling the legal proceedings of women who are arrested on charges of prostitution in her latest film, “Blowin’ Up.” “It’s called ‘blowin’ up’ when you leave a pimp,” explains one woman. Then comes the process of working towards absolution.

With remarkable access inside a criminal courtroom, the director documents the individuals who work in the Queens Human Trafficking Intervention Court in New York to help survivors of trafficking. They advocate for their paths outside of prison, and, more importantly, out of sex work. They include public defenders, nonprofit counselors and legal advisors—they are all women.

At the center of this world is the Honorable Toko Serita. In cinema-vérité style, Wang-Breal captures the stern but affable judge in her Queens courtroom, as a presence that exudes both warmth and authority in contrast to this world’s grim reality. In one scene, she emphasizes the severity of potential consequences to a defendant, but only because prostitution is a deportable offense for undocumented individuals. The women standing before her are not seen as criminals, but victims. Serita’s courtroom goes to great lengths to release them from the stigma and labels attached to trafficking; it’s a dynamic, broad-minded approach.

Wang-Breal underlines the realities of what led these women to such a dark world through interviews with victims. “I left China because I had debts. … Of course I was resistant … but I had real problems to deal with, I had no one to rely on. I was conflicted,” one woman describes, her words subtitled in English. Some see their situation as a direct consequence of their actions, and don’t see themselves as victims; others were deceived, betrayed or saw no other alternative.

In an abrupt turn, however, federal policy intervenes, threatening to completely upend the work of Serita and the many individuals whose cases are brought to the Queens courthouse. Two women were apprehended by Immigration and Customs Enforcement officers (as ICE is not banned from courthouses). One legal representative reported being unable to reach them, remarking upon their potential deportation, a cause of concern among many. 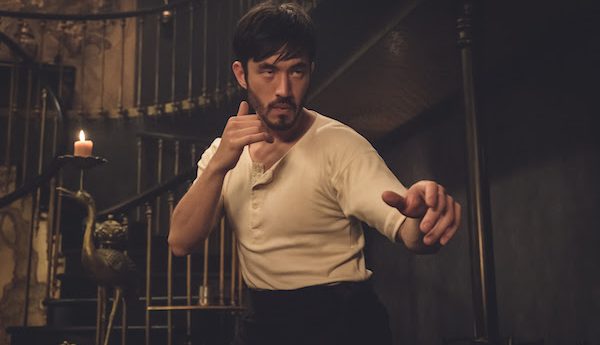 A tall, dark stranger wanders off a boat filled with Chinese immigrant workers and surveys his destination, San Francisco in 1878: a hectic tableau buzzing with protesting Irish workers, […]