Who doesn’t love a good beat? Terry Im, better known as KRNFX, is a Korean Canadian beatboxer who is currently spitting one of the best beats around. KRNFX started beatboxing at a young age and first established his beatboxing career by winning the 2007 South Korea Beatboxing Championships. Since then, KRNFX has gone on to many great things such as appearing on Canada’s Got Talent and The Ellen DeGeneres Show.

This weekend, he will be performing at the Audrey 2015 Fashion Show! But before then, check out our five favorite KRNFX covers below.

5. Say Something (with Clara C) 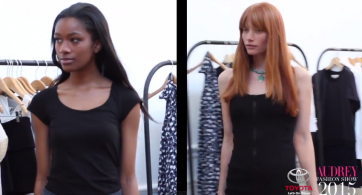 It’s time to go behind the scenes! Check out our model casting for Audrey Fashion Show 2015. Love the pieces you see? Stop by satineboutique.com. We’ll be revealing our chosen […]