Juzo Itami’s 1985 film, Tampopo, is considered one of the best food movies ever made for good reason. Who can forget the food and sex scenes—when egg yolk foreplay leads to an, um, explosion, and that live prawn interlude? This “Ramen Western”—inspired by Sergio Leone’s 1960s Italian Spaghetti Westerns (think Clint Eastwood shootouts and Ennio Morricone soundtracks)—is also a film about appetites, the quest for love and the comfort of food. All the slurping and dedication it takes to make the perfect bowl of ramen is, in many ways, a metaphor for a life well-lived.

Revisiting the movie again in 2019, it’s easy to revel in the glorious shots of glistening pork fat floating in broth and be amused by the funny vignettes, like when a group of Japanese women take spaghetti-eating lessons. “Eat silently,” they’re told, but default to Asian-style noodle slurping. Nearly 35 years later, however, in the #MeToo era, one might wonder if the film is just as much an homage to My Fair Lady as it is to A Fistful of Dollars.

Named after the protagonist Tampopo (played by Nobuko Miyamoto), the film follows the journey of a weary widow who slings mediocre ramen to support herself and her young son. Her single-mom life changes when trucker Goro (Ken Watanabe) swaggers into her life with a cowboy hat and eats a bowl of her tasteless noodles. But the bland soup doesn’t stop him from defending her honor after a drunk diner insults Tampopo and her shabby restaurant. When Goro wakes up the next morning, battered and bruised, Tampopo serves him breakfast, and he declares her pickles the best in Japan. But her noodles, he says, “They’re sincere … but they lack guts.”

As Goro sits in his big truck ready to drive away, he looks down on Tampopo as she meekly looks up at him like a small child begging for candy. She uses her feminine wiles to persuade him to help her perfect her ramen skills. Like My Fair Lady’s Henry Higgins, Goro hungrily accepts the challenge to turn his own Japanese Eliza Doolittle into the ramen-making girl of his dreams. And like Eliza, she must work hard for the honor.

Goro pulls together a team of five men, including a ramen sensei, who puts Tampopo through her paces. They time her ramen-making performance. Tampopo accepts a series of physical challenges to keep her in fighting shape. They critique the texture of her noodles, her restaurant’s decor, the thickness of her pork slices, her menma garnish—and she obeys. But let us not forget the context in time and place. No matter its arthouse pedigree, this film was made in the mid-’80s, a decade before the Anita Hill sexual harassment trials, a time when women were validated only when men recognized us.

It’s true that Tampopo is no Mildred Pierce—the ballsy 1940s divorcee originally played by Joan Crawford (and later Kate Winslet) who builds a successful pie business to support her two daughters—but the ramen cook is a hard worker and no shrinking violet. When Tampopo visits a competitor’s noodle shop, she uses the ruse of innocence to trick the cook into revealing the secret to perfectly textured ramen noodles. She may not have agency in the conventional sense—she doesn’t directly ask for what she needs—but she plays the game to get what she wants.

In the end, Goro and his merry band of ramen-splainers succeed. They sit at Tampopo’s counter slurping, licking their lips and writhing in ecstasy at the perfection they claim to have wrought. They proclaim, “We did it.” And the sensei even says, “I never thought a woman could be a great ramen cook, but now I see how wrong I was. You’re a superstar, and pretty, too!” That line is particularly tough to stomach, because isn’t Tampopo the one who succeeded?

She is a woman of her time, a secret feminist who exploited those patronizing men to get her business booming and her future secure. After all, in Japanese, Tampopo means “dandelion”:   a seemingly fragile puff that grows into a resilient weed that survives in the toughest places. 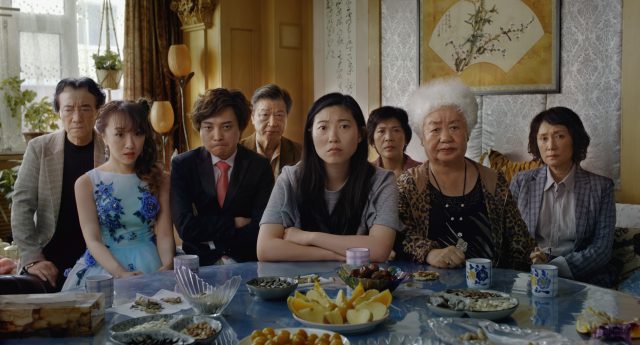 This year, the Sundance Film Festival offers up one of its most diverse lineups yet. Of the 56 films selected for competition in Park City, Utah, in 2019, 42 percent […]

In The Wake Of A Virus, The Natural World Is Making A Comeback