Donnie Yen has signed on to lead a film adaptation of the popular Hong Kong-set video game “Sleeping Dogs.”

For “Sleeping Dogs,” produced by Neal Mortiz’s Original Film, Yen will play an undercover police officer whose mission is “to take down one of the most powerful and dangerous criminal organizations in the world: the notorious Triads.”

The film will also be set in Hong Kong and feature martial arts fighting, racing, boat chases and shooting, according to Deadline.

The video game, from Square Enix, gained traction for its use of an Asian and Asian American voice cast, which included Will Yun Lee, Lucy Liu, Yunjin Kim and James Hong. 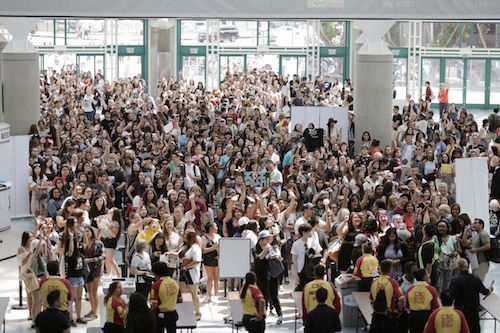 KCON will be back this year on Aug. 18 to 20 inside the Los Angeles Convention Center, with an additional third concert night for the city’s iteration. KCON New […]