Dumbfoundead is back with fresh music.

The Los Angeles rapper’s “Harambe,” produced by Getter, was released Tuesday. The song – about the social injustice and paranoia surrounding the shooting of a Cincinnati Zoo gorilla by the name of Harambe – is included on the emcee’s coming mixtape “We Might Die.”

Speaking to The Fader, Dumbfoundead said the track was inspired by “the energy in the world during [the time of the gorilla shooting] that I needed to address.”

The K-Town musician, who rose to fame for battle rap videos on YouTube, most recently made headlines for “Safe,” a Jay Ahn-directed music video confronting Hollywood whitewashing. 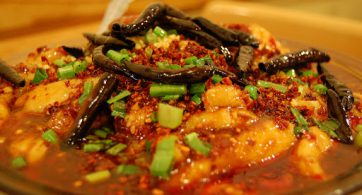 In China, “Sour, Sweet, Bitter, Spicy” stands for more than flavors – they’re used as meanings for the joys and sorrows of life. This fall, the Museum of Chinese in […]