As COVID-19 fear and strain engulf the country, Asian Americans are faced with a different kind of threat: racially motivated assault and harassment. Hate crimes against Asian Americans—Chinese Americans in particular—are becoming increasingly common, as rhetoric blaming China for the deadly virus infiltrates mainstream media. The FBI has warned Asian Americans to be prepared for an onslaught of hate crimes related to the virus, and there have already been hundreds of reported cases of harassment and assault. Meanwhile, President Trump’s tweets about the “Chinese virus” have done little to quell the prejudice.

To counter these acts of hate, numerous internet-based movements have gained momentum in the wake of the bigotry. One such campaign, #HateIsaVirus, was formed by a team of activists including Tammy Cho, who’s no stranger to advocacy. The creator and CEO of BetterBrave, a nonprofit organization that empowers victims of workplace harassment, Cho teamed up with Bryan Pham, founder of the Asian Hustle Network, and athlete-turned-entrepreneur Michelle Hanabusa. Together, they’re encouraging people to share on social media photos of face masks with the hashtag “HateIsaVirus” written on them.

Cho, Pham and Hanabusa’s work is three-fold: to spread awareness of the reality of the Asian American situation, to encourage the Asian American population to speak up in a peaceful way, and to raise money to help small businesses suffering during the pandemic. “When we saw all the news about the racism and hate against our community, we didn’t want to stay quiet,” says Hanabusa.

The trio decided upon the mask image in part because of the misinformation regarding facial protection circulating in the media, which has also been a catalyst for some of the acts of violence against Asian Americans. Although the Centers for Disease Control and Prevention now recommends that all members of the public wear masks, since the early days of the pandemic Asians wearing face masks have been singled out for verbal attacks and, as seen in a video-recorded New York incident, physical ones as well. “We chose the mask to reclaim what masks represented to people,” Cho says. “Through pushing our message with masks, we wanted to normalize wearing masks during this pandemic to slow down the spread of COVID-19 and relay the message that we are not a virus. The larger virus is hate.”

After starting their movement the team received hundreds of messages from the Asian community, detailing even more experiences with racism and hate. Knowing that these crimes are not isolated events reminds the team of the importance of creating a strong bond to push back against ignorance and xenophobia.

Connecting with more Asian Americans and other organizations has inspired Cho, Pham and Hanabusa to continue their online activism. They’ve teamed up with advertising company Admerasia to create RacismIsContagious.com, a website that visualizes hate crime stories by providing data and a map. The group has also received support from a number of other activists, including musician MILCK, YouTuber Mari Takahashi, Leonard Wu and BuzzFeed’s Steven Lim. With backing from the community at large, as well as these advocates, the #HateIsaVirus movement has only grown in strength.

The team seems optimistic about their work thus far, and the positive influence it’s had on their peers. “This movement has been a collective effort among the Asian American community and beyond, and we’re excited for the impact that #HateIsaVirus will continue to make,” Pham says.

But #HateIsaVirus doesn’t stand alone. Numerous other campaigns against anti-Asian bigotry have sprung up online and in Asian communities. #WashtheHate, #RacismIsaVirus and #FearIsaVirus are just a few examples of similar social media crusades to raise awareness and to provide people with a platform to share their stories. On Instagram, #WashtheHate and #RacismIsaVirus have each appeared in more than a thousand posts, offering solidarity and a sense of camaraderie for Asian Americans who are concerned about the impacts of anti-Asian bias.

The online world has even brought people together in physical groups to protect Asian Americans in big cities. The SF Peace Collective in San Francisco has amassed dozens of volunteers to shelter people, particularly the elderly, from racist attacks. The volunteers met in the Crimes Against Asians Facebook group, another platform for Asians to share their experiences online. Additional campaigns like #SaveChinatown and #IWillEatwithYou are designed to raise money and show support for small businesses in the Chinatowns of San Francisco and Los Angeles.

In the face of bias and bigotry, Asian American solidarity is more important than ever, and these are just a few of the many ways people are managing to unite in these tough times. This outpouring of support and encouragement elevates the voices of our community, a reminder that strength will always overcome prejudice. 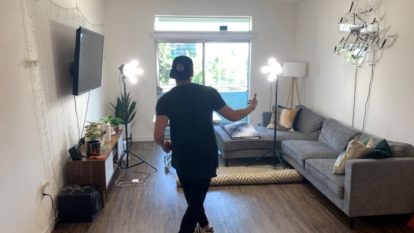 There is currently no vaccine for COVID-19, but coping with the distress and emotional turmoil after this pandemic is going to take more than an injection or a pill. […]