East West Players, the nation’s longest-running and most esteemed Asian American theater company, will celebrate its highly anticipated 50th anniversary with an extended season, titled “Golden,” that will take place over the next two years. “It’s not everyday that you get to celebrate a 50th anniversary,” says Producing Artistic Director Tim Dang, who has been with East West Players (EWP) since 1980. “We probably started thinking about and preparing for the 50th anniversary since 2011.”

It’s quite an achievement for the longest-running professional theater of color in the country, one whose stage has been graced by “nearly 4,000 Asian and Pacific Islander ac- tors,” says Dang, including the likes of John Cho, Lucy Liu, Kal Penn and Daniel Dae Kim.

Clearly, EWP has found a way to shape the talent of young artists and steer them in the right direction. Part of this has to do with the many programs offered by the company. “In addition to the award-winning productions that we do, we also have a great arts education program,” explains Dang. “We bring theater to a number of different schools, especially schools that don’t have a lot of funding for the arts. We also have a great professional enrichment program where we have classes here at East West Players.”

Of course, their work is hardly done. With the growing and changing demographic of Asian America, EWP strives to increase its scope of voices and perspectives. “Back in the mid-’60s, there were only a handful of cultures that really made up the Asian American community: Japanese, Chinese, Filipino and Korean,” Dang recalls. “These days, you have Indian, Pakistani, Malaysian, Indonesian and the Pacific Islander ethnic communities such as Samoan, Tahitian and Tongan. We find that the Asian American community is growing so large now, not only in its own diversity but in its numbers. East West Players has been challenged to try and represent all these voices.”

After years of preparation, eight productions have been chosen for the Golden Anniversary, including the West Coast premiere of the black comedy Takarazuka!!! by Audrey contributor and playwright Susan Soon He Stanton (which runs November 6 through December 7), Animals Out of Paper by Rajiv Joseph (September 4 – October 5), Washer/Dryer by Nandita Shenoy, Chinglish by David Henry Hwang, and an Asian production of the Tony Award-winning musical La Cage Aux Folles.

This story was originally published in our Fall 2014 issue. Get your copy here. 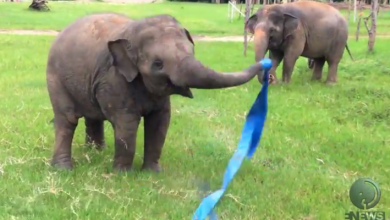