East West Players, the Los Angeles-based Asian American theater company billed as the nation’s longest-running of its kind, will put on a series of four Think Tanks with theater leaders across the country over the next two years to encourage discussion on inclusion, equity and leadership.

The Doris Duke Charitable Foundation’s Fund for National Projects, which has given more than $1 million to seven new projects this year, has given the theater a $180,000 grant. According to EWP, the grant supports national performing arts organizations and projects “to foster continued dynamism and vitality in the fields of contemporary dance, jazz and theater.”

As a platform for an estimated 75 percent of all union Asian Pacific American performers in Los Angeles, EWP was founded in 1965 and counts a large roster of AAPI talent among its alumni, from George Takei and John Cho to Kal Penn, Daniel Dae Kim and B.D. Wong.

EWP Artistic Director Snehal Desai said the Think Tanks are a response to a lack of diversity in theater.

“This grant helps provide critical visibility for Asian Pacific Islanders’ stories on a national stage – especially in underrepresented areas like the South and the Midwest,” Desai told Kore.

These efforts are a part of the organization’s efforts on “2042: See Change,” a call-to-action project launched by former EWP artistic director Tim Dang to build a coalition of allies in preparing American theater for 2042, the year the U.S. Census Bureau estimates that people of color will make up a majority of the nation’s population.

The first Think Tank, led by Dang and theater Diversity Liaison Leslie Ishii, will be held Oct. 6 to 7 in Ashland, Oregon.

“[Think Tanks] allow East West Players to create a network with other communities of color and engage in a deeper dialogue about diversity and the need for our stories to be told,” Desai said. 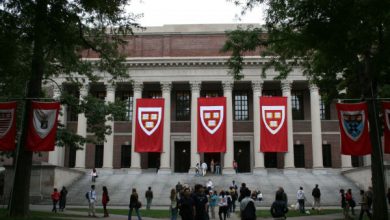