“Fresh Off the Boat” author Eddie Huang has fresh new series coming to television. The show, “Cash Only,” will give viewers an intimate look into immigrant kitchens as well as the lives of the immigrants who keep America well-fed.

The show’s subject matter is timely given the current debate on immigration in America. Huang said he hopes that by exploring how immigrants have changed the restaurant game in America and telling their stories, he can “provide much needed perspective on [the] issue,” according to Deadline.

Huang will be collaborating with film studio Propagate’s Ben Silverman and Howard T. Owens to produce the show, which will be unscripted.

Born in Washington, D.C. and raised in Orlando, Huang wrote about his love of hip-hop and growing up Asian American in his book “Fresh Off the Boat,” which became an ABC Family TV series in 2015.

Huang’s BaoHaus, a Taiwanese bun restaurant that opened in 2009, is located in New York City. Huang also collaborated with the Cooking Channel on food-related video series such as “Cheap Bites” and “Unique Eats.” He also documents his food adventures on his Viceland documentary series “Huang’s World.” 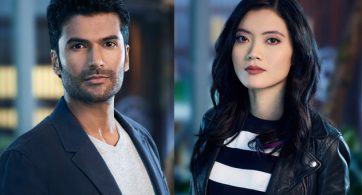 Sendhil Ramamurthy is a self-described Luddite. According to the actor, when he first got his iPhone X, its new features baffled him so much that he went back to […]