We live in a time where nuclear radiation is still being studied, and we are still seeing and living with the consequences of nuclear fallout. It’s been four years since the devastating Fukushima Daiichi Nuclear Power Plant meltdown in 2011. The nuclear meltdown of three out of the plant’s six nuclear reactors led to the evacuation of about 300,000 people from the area. The failure was caused by the tsunami triggered by the 9.0 Tohoku earthquake.

While no fatalities were reported to be caused by short-term radiation exposure, the substantial amounts of radioactive material released was the largest nuclear incident since the Chernobyl disaster in 1986. It has contaminated the surrounding land and water, also spilling into the sea. While humans have the ability to leave the area and relocate their homes, many domestic animals and wildlife were left behind. Plants, obviously unable to move, have also been subject to the poisoned environment and we are starting to see the effects of their exposure to the radiation.

Recently, Twitter user @san_kaido posted a photo of mutated yellow daisies found in Nasushiobara City, around 70 miles from Fukushima. The daisies have fused yellow centers with petals growing out the side of the flower.

These are the not the first deformed plants found after the disaster. In 2013, the Daily Mail posted photos of various vegetables, fruits and flowers that have taken on a mutated form. These abnormalities may have been caused by the high levels of radiation found in the groundwater.

While the source and location of these pictures are a bit questionable, they are still fascinating but eerie to look at. It makes one wonder, what are we doing to our planet Earth? 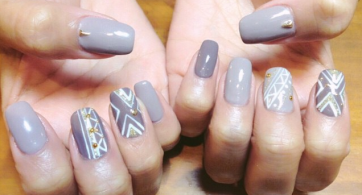