Here at Audrey, we’ve known the dangers of facebook and social media for quite some time now. In our Fall 2013 issue, we pointed out that a 2013 study conducted by two German universities showed one in three people felt worse and more dissatisfied with their lives after visiting Facebook.

Users felt envy, loneliness and isolation, with the most common cause of Facebook frustration stemming from others’ vacation photos. The second most common cause of envy was social interaction – feeling a “lack of attention” from having fewer birthday greetings, comments and “likes” compared to friends.

The term “facebook depression” began in 2011 after the study Cyberpsychology, Behavior and Social Networking was published by sociologists Hui-Tzu Grace Chou and Nicholas Edge. The study showed that those who spent less time on facebook seemed to live happier lives.

In 2008, facebook launched in Japan and seemed to head towards instant success. At the end of 2012, the Japanese facebook site had over 17 million users. However, five months later, the amount of users became 13 million.

So what could be the cause of this very sudden and large drop? According to RocketNews24, Japanese Psychologist Kouji Yamada claims Japanese facebook users are “developing an inferiority complex about their lonely, boring and unsatisfying lives.”

Apparently, we’re not just too sensitive over here. The facebook depression syndrome may actually be a global issue. 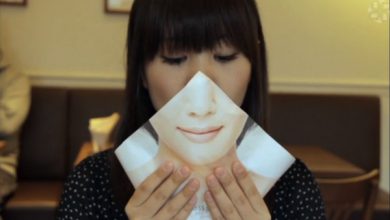 Have you ever had to stop yourself from eating something in public because cultural restraints say it’s rude for a lady to open her mouth wide? Well thats exactly […]