Big Bang’s Taeyang is back and is catching all eyes with the release of his dance performance music video.

To kick off his solo comeback, Taeyang has released the audio and dance performance of his new song “Ringa Linga.” Although the video was only released earlier today, it has already gathered an impressive 260,000 views. It clearly proves that Taeyang is a force to be reckoned with.

This solo comeback is exciting fans worldwide, but it seems that the members themselves are even more excited. Taeyang’s instagram shows all the members dancing along to the “Ringla Linga” dance to celebrate the release of the video. Check out the adorable instagram video here and watch the much anticipated dance performance below.

Unfortunately, there seems to be signs of drama amidst all this excitement.

The Korean-Chinese boyband consists of twelve members separated into two subgroups, Exo-K and Exo-M. They shot into popularity with the release of their dance video to “Growl.” Currently, the video has over 18,000,000 views, has set the number one record on The Music Trend charts, has reached number one on all four of Korea’s major music programs, won ten trophies in three consecutive weeks and the album  XOXO has collectively sold over 910,000 copies.

Now, fans are claiming that Taeyang’s video is a direct copy of “Growl.” The main argument is the way in which both dance videos were shot. One of the selling points for “Growl” was its tactic of using a single shot for the entire video. The camera simply swiveled back and forth to capture all the dancers. This same method is used in Taeyang’s “Ringa Linga” video. Some fans have even gone so far as to say the dance moves are very similar. This heated debate has caused quite some tension between VIP (Big Bang fans) and EXOTICS.

Luckily, even more fans are coming to the defense of both Taeyang and EXO. The majority of youtube comments say that the two videos should not be compared and both have done a spectacular job. Others point out that exotics merely think the method of a no-cut video is similar, but acknowledge that the videos are obviously different. In fact, youtube commenters seem even more upset at those who claim Taeyang’s video was a copy. 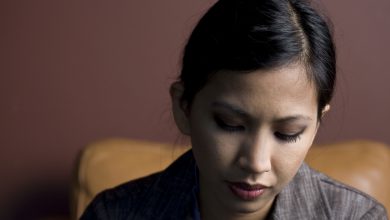 Here at Audrey, we’ve known the dangers of facebook and social media for quite some time now. In our Fall 2013 issue, we pointed out that a 2013 study conducted […]