Fans have noticed, of course, and their thirst for representation in Hollywood’s largest cinematic universe is now surfacing with calls for the rumored Namor the Sub-Mariner film to cast Donnie Yen, the martial arts actor who recently made a splash with “Star Wars: Rogue One.”

Side-by-side comparison photos of Yen and Namor — despite the film’s hypothetical status — have circulated around the internet.

Yen personally responded to these images, retweeting fan posts and tweeting himself last week: “Wow that would be pretty cool! What do you guys think?”

That’s not to say Yen’s the only Asian actor whose name has been thrown around for the part — Brian Tee, who currently plays Dr. Ethan Choi on “Chicago Med” — is a known fan of the character.

He told Comic Book last year that he would “absolutely love and be honored to play [Namor]”:

You know what’s funny is my career I’ve kind of played villains, guys with attitude, guys with chips on their shoulders. In reading the comics books and being a fan of Namor, that’s kind of this guy’s persona. Even though he’s a hero or a quote unquote good guy. He’s kind of a bit of an anti-hero with a bit of an edge, and I feel like I kind of fall in that line, especially with other things that I’ve done. So that’s the kind of aspect that I would love to bring into Namor. … You know it’s Namor, it’s Marvel, it’s the first Mutant, it’s everything you … dreamed of as a kid and wanted to portray, and so I would absolutely love and be honored to play him if time does come around, and I thank you guys for the movement!

Prince Namor, the son of a princess of Atlantis and a human, is a short-tempered mutant who lives in an underwater world possessing super-strength, and has been described as the first antihero of the comic book world. He was first introduced in 1939.

Of course, all talk about a Namor film that may or may not be coming is speculative. Marvel only regained rights to the character in recent years, and though a Twitter account, Reel News Hawaii, wrote last week of “buzz around the island that [DC’s “Aquaman” and “Sub-Mariner”] could be swimming on our waters,” nothing has yet been confirmed or denied. 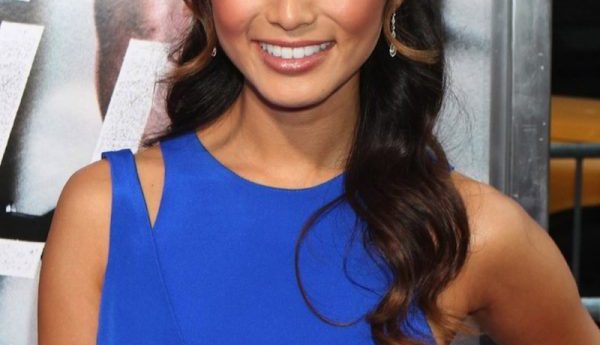 Jamie Chung is one of Marvel’s new superheroes! The actress has been cast as Blink for Fox’s new X-Men drama series, according to Deadline. As Clarice Fong (a.k.a. Blink), […]