It was a big weekend for Chinese MMA star Weili “Magnum” Zhang, as viewers tuned in on Saturday, March 7 to watch her put on a show-stopping UFC title defense against former strawweight champion, Polish fighter Joanna Jedrzejczyk.

Already hailed as one of the best fights in UFC history and women’s MMA, the co-main event of UFC 248 saw Zhang and Jedrzejczyk go the distance for five full rounds at the T-Mobile Arena in Las Vegas, Nevada. Both women landed some solid shots from the beginning of the fight, with Jedrzejczyk opening up the first round with a hefty right hand. Though Zhang looked like she might fade in Round 4, she rallied in Round 5 to win, proving that she’s not only a power finisher, she also has the stamina to handle championship rounds against the division’s top volume striker.

Jedrzejczyk landed 196 total strikes to Zhang’s 170. In the end the call was close, but two of the three judges scored for Zhang.

The night marked the first successful strawweight defense for Zhang, who picked up the belt in Shenzhen, China last August from Jessica Andrade. Zhang is now on a 21-fight win streak, 10 by KO/TKO, seven by submission.

It was an especially emotional win for Zhang, whose training camp leading up to the fight was plagued by issues stemming from the novel coronavirus. Due to the spreading outbreak, Zhang trained in Beijing, Thailand and Abu Dhabi, moving further and further from her homeland of China every time. “I hope everybody, we come together, we stay together, we fight together,” Zhang said via translator in her post-fight interview. “Our country is suffering from a big tragedy right now, so we’ll win it, we’ll win it.” 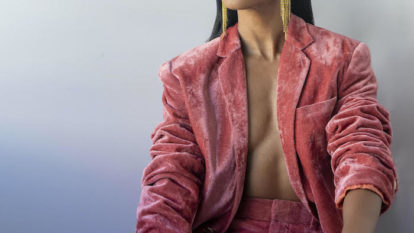 In the music video for R&B jam “I Fell in Love with the DJ,” an early-20s Che’Nelle expertly swivels her hips as she dances at a club with Jamaican […]