I recently returned from a trip to Vancouver where my writing partner and I celebrated New Year’s Eve. To quote our generation, it was epic. Now, judging from the photo (below), you might assume that we went there as lovers, or perhaps even newlyweds. But, no, dear readers, it is, in fact, a “bromance” of the highest caliber. For those of you who’ve never heard of a bromance, it’s defined as a very close, or homosocial, friendship between two straight men. You’ve all seen examples of a bromance through television shows like Scrubs and Friends or movies like I Love You, Man. There are even real world examples like Ben Affleck and Matt Damon or George Clooney and Brad Pitt. It’s a strong bond formed from common interests and long periods of time spent together. Hearing this, my editor was unsatisfied, or rather, still suspicious, and she demanded a better explanation. I took a look at the photo again, and I thought maybe it is in my best interest to provide a few insights into this new definition of brotherhood.

The concept of guy-love is lost on those who have never experienced it (so, men from older generations or women). It’s not weird or strange anymore to see men display their affections for their buds physically. I’ve seen grown, bearded men shove aside a fist bump request and instead firmly place their chest against another man’s chest. It’s strange and perhaps unnerving to them to see men platonically bond while throwing in the occasional hugs, butt-slaps and friendly wrestling. Whatever happened to the good ol’ days of stoic machismo, they wonder? Well, these days it’s cooler to be cool with man-love.

I remember one time in high school I spent the night at my best friend’s house once. His dad, an old- fashioned type, raised an eyebrow when we went into the hot tub to relax. When it was time to turn in, his dad seemed nervous about something, as if the fate of his son’s future rested on the events of this particular evening. He kept hanging around the room, which was a drag because we wanted to close the door and talk about girls. Finally, after long periods of pacing and internal debating, he looked at us and pointed at the bed. He stuttered, “You know, I don’t think the bed is big enough to hold both of you.”

What do you do when your dad, like many others, mistakes guy-love for gay love? It’s not like we were planning to share the bed, but we did what anyone would do when faced with an awkward opportunity to teach someone about tolerance. We went with it and antagonized the poor man. Arms around each other and a big grin on our faces, we said, “We’ll make it work.”

I thought some more on why bromances are so common these days. When did it all start? I wondered if it was somehow a natural progression from the emergence of the metrosexual man. I thought that the heavy use of high-end conditioner and facial moisturizer made our hearts as soft as our hair and skin. In all seriousness, though, single men these days are simply less concerned with the notion of being identified as gay than their fathers and grandfathers. If anything, I’ve seen bromances take pride in their ability to ride the razor’s edge of platonic and sexual. Take me, for instance. Whenever I get drunk, I tend to lift my brothers into the air a la Patrick Swayze and Jennifer Grey in Dirty Dancing. I’m not trying to cop a feel (usually); there’s just no better way to show a brother you love him than by doing a ballet lift together.

Bromances aren’t just an American thing. I’ve witnessed and experienced it on many of my travels, like Anthony Bourdain, but instead of food, I sampled male bonding. In Brazil, I befriended a group of the tallest, largest men I’ve ever met, and when I had trouble wading through the packed crowds, one of them actually lifted me up above the people and placed me in front of the bathroom. I said to him, “Obrigado, my gentle giant. Obrigado.” (True story.) In Hong Kong, I spent several nights drinking with guys that simply liked me because I could hold my liquor. Imagine that – bonding with strangers over such a superficial reason, and yet we were inseparable for days. In Singapore, I saw a club full of guys perform a synchronized interpretative dance to Madonna’s “Like a Prayer.” Actually, wait, that might’ve been a gay club; it was kind of confusing. Finally, in Korea, I saw men holding hands and kissing each other’s faces. Well, I wasn’t ready for the master class bromance, but you know, I just wanted to give you another example.

While most women comment that it’s “cute” to see men bond so closely, I’ve also had plenty of girls poke fun (with a hint of “what-the-eff” in their voices) at my bromances. When that happens, my buddies and I shrug it off because we know that it’s just jealousy. Now before I get angry letters from you (which I wouldn’t mind actually since it’s at least some evidence that someone is reading this), I’ll explain the source of the jealousy. It’s not uncommon for men these days to be more emotionally available to their man-mates than their actual girlfriends. There’s less emotional risk and you still get the satisfaction of catharsis. There’s no regard for what comes in the future; there’s only the enjoyment of the now. In other words, men can enjoy the intimacy of a long-lasting relationship without the dreaded “so-where-are-we-headed” talk. You combine that level of hassle-free friendship with man-dates that involve common interests in video games, sports, music and entertainment, and it’s not ironic that even the most commitment-phobic guys have at some point in their lives said to another guy: “Dude, if you were a girl, I’d marry you.”

Now, with the context I’ve given, does the above photo of me leaping into another man’s arms make more sense? Still weird, you say? Yes, there was alcohol involved at the time this was taken, but that’s not an excuse. There’s no need to make excuses for something as beautiful as the friendship of two men. If anything, I will fight like a Black Friday shopper to defend my right to be cradled in the arms of my best friends. It’s a great thing that the taboos of the past are being cast off to create a world where men are OK with showing feelings, affection and love. Why not have a world where men can accept and hug instead of front and fight? I think it’s awesome. Well, except for those really aggressive huggers that linger. That’s just awkward.

This story was originally published in our Spring 2012 issue. Get your copy here. 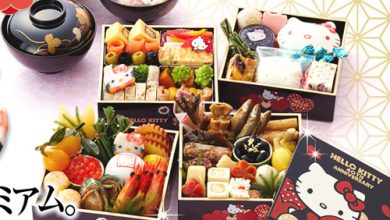 September has been quite the month for Hello Kitty fans. First, Sanrio brought fruit-flavored Hello Kitty beer to China. Then the Hello Kitty jet made its first flight to […]