Foodies have something new to look forward to.

“Family Style,” a 12-episode, unscripted series produced by Asian American YouTube channel You Offend Me You Offend My Family aka YOMYOMF, premiered yesterday on Studio 13’s (“High and Mighty”) YouTube and Facebook Watch channels. The series is led by the “Foodie Fam,” eight Asian Americans working in entertainment who bond over their shared love for cuisine, culture and, as the name implies, their families. The playful eight includes actress and producer Lana McKissack (“Four Rooms”) and actor and director Anthony Ma (“Scandal”). Original episodes will premiere twice a week on Mondays and Thursdays, until the season ends on June 17.

The food and travel series will showcase trips to Asian night markets around the globe like L.A. and Saigon and will feature a number of celebrity guests. The first two episodes, which are now available to stream, follow actors Daniel Dae Kim, Hudson Yang and Harry Shum as they learn about and sample familiar—and not so familiar—culinary fare, from offal dishes to traditional Taiwanese cooking. The Foodie Fam will also check out Bopomofo, the San Gabriel boba shop of Wong Fu founder Philip Wang, and investigate the story behind everyone’s favorite mystery meat, spam. The season finale, “Sharing,” was shot in a treehouse food court in the Philippines and will feature a conversation with “Crazy Rich Asians” director Jon M. Chu. 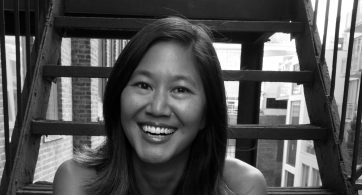 Documentarian Stephanie Wang-Breal, whose previous works include “Tough Love” and “Wo Ai Ni Mommy,” takes a sensitive approach in chronicling the legal proceedings of women who are arrested on […]