When Bryan Do answers the phone in the wee morning hours, he’s drinking a bottle of yogurt after fasting for eight hours for a routine set of blood tests. The crinkle of foil electrifies the trans-Pacific connection as Do apologizes for the possibility that his English might be a bit rusty. “Literally, three days after I graduated from college [in 1997], I just got on a plane to come to Korea to learn Korean,” Do says from Seoul. “I fell in love with the country, the energy, the dynamism. Here I am 22 years later.”

Now, on most nights, he’s holding a different microorganism-powered beverage. Do is the founder of Hand and Malt Brewing Company, located about half an hour northeast from the South Korean capital, and it has made a name for itself as one of the first craft brew productions to establish itself in a country dominated by mass-produced lager. From Hand and Malt, you could try a beer fermented with kimchi lactobacillus or modeled after signature Korean flavors like perilla leaves or sujeonggwa, a persimmon, cinnamon and ginger-flavored drink.

But Do hasn’t always been blending barley, hops and yeast. Before he got his hands wet in the proverbial brewing water, Do was working for Microsoft, as the Windows and Office Category director of South Korea. And he was hesitant to leave his job to strike out on his own, but he received encouragement from an unexpected source: his dad.

“My father was an entrepreneur and businessman who had always been telling me: ‘Y’know, son, you should quit and start your own business. Stop making the richest man in the world richer. Make yourself a rich man,’” says Do.

So, Do put in his notice, sold a bunch of his Microsoft shares and opened a brewery. After teaming up with an old high school buddy who had experience managing restaurants in Los Angeles, Hand and Malt opened in 2014. Admittedly, when one thinks of craft beer, the first place that comes to mind is not South Korea, home of lagers like Hite and Cass. In fact, when Do first started making his own personal homebrews around 1997, it was purely because he hated the taste of Korean beers. Though there wasn’t a huge existing market for craft beer, Do felt something stirring in the wind.

Getting started was no easy task. “Sourcing ingredients was really difficult,” Do says. “But, luckily, I can speak English, so I was able to directly contact a lot of sources abroad. The only thing that we don’t import is the water.”

In a country obsessed with aesthetics, Do made the gamble to focus on investing in the quality of ingredients that went into his product rather than the way the brewery would look. A no-frills stainless steel production factory, his minimalist brewing spread is a 23-barrel system that can process up to 2,500 liters of beer at a time. Despite warnings from friends about the importance of appearances in Korea, Do said he knew business would be fine as long as the beer was good. “Something that I learned at Microsoft is that as long as you have a great product people are going to come,” Do says. “They don’t care where it’s made.“

Now Do has lofty goals for expansion. In 2018, his microbrew was acquired by Oriental Brewery, maker of OB and Cass and a subsidiary itself of the Anheuser-Busch InBev behemoth. And although he’s no longer a scrappy independent, Do sees the acquisition as a major stepping stone towards achieving his vision for Hand and Malt to grow across the entire nation, and eventually the world.

“I’ve always said, ‘Why can’t a small store in the southern regions of Korea make available our beer on tap at a small chicken place?’” Do says. “Four years ago that was unthinkable, but now, that’s a feasibility. We want to start selling our beers abroad to showcase that Korea does make great beers.” 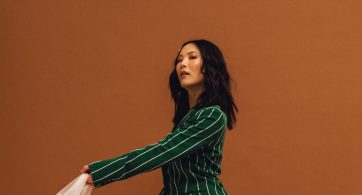