Comedian Joel Kim Booster is working on a new show for Fox, loosely based on his life. The network put into development the single-camera comedy “Birthright,” which is written and stars Booster, according to Deadline.

Much like his own life, the show will follow a child born in Korea who is adopted by white, Midwestern evangelical parents and raised in the United States. When the young boy comes into his own as a gay man, he sets out in search of his birth mother with hopes they can reconnect.

Booster will also act as co-executive producer, with Tony Hernandez and Lilly Burns of Jax Media also producing. 20th Century Fox TV will be the studio.

Booster has most recently been seen performing his stand-up on “Conan.” His comedy has also been featured on Logo, Comedy Central’s 7 Minutes in Purgatory and a number of festivals and comedy clubs.

His writing credits include “Billy On The Street” and the pilot “Problematic With Moshe Kasher.” He has acted in several web series including, “The Outs” and “They Call It Puppy Love.”

The show is slated for a summer run. 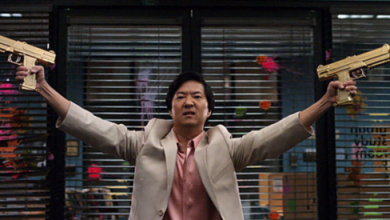 Ken Jeong showed up on “Hollywood Today Live” this morning to talk “Dr. Ken” and what receiving this year’s Actor of the Year award at Kore’s 15th annual Unforgettable Gala […]