That’s the premise behind Jessica Yu’s 2007 family comedy Ping Pong Playa, a hit on the Asian American film festival circuit that was adapted from the parody video stylings of funnyman Jimmy Tsai. That it resembles in theme and genre ABC’s family sitcom Fresh Off the Boat, adapted from Eddie Huang’s memoir, has been completely unacknowledged, though I suppose I shouldn’t be surprised.

Those anxieties have led to a number of articles about supporting-despite-not-liking, or enjoying-despite-the-stereotypes Fresh Off the Boat, and other responses trying to simultaneously make sense of a national history of racial baggage and one’s own personal, stubborn waverings of televisual pleasure. It’s an unwieldy task.

Yet that task has hijacked the conversation around the show, diverting attention away from issues of comedy, family and community, and instead on ratings and representation—two concepts that couldn’t be further removed from the creative impulse. Sure, certain stereotypes, like “ching-chong” accents or tiger moms, do matter and they can certainly be perpetuated. But we’re talking mainstream network television here: it’s doomed to compromise, and to obsess over those details is to miss the opportunity for other kinds of conversations.

The articles about Fresh Off the Boat I find the most meaningful have been personal accounts about how the show has brought Asian American families together or inspired individuals to think about identity in fresh ways. In other words, the most productive articles have been about recognition, not misrecognition.

Parallel Asian American works such as Ping Pong Playa have been generating these other possible conversations for decades. Watching Yu’s comedy again post-Fresh, I’m struck not just by the similarities in characterizations and themes, but by how liberating it is to enjoy the film without worrying how much my eyes are worth to a network, or how others’ eyes are watching the film. I’m free to enjoy it on its own terms and dig further into questions of Asian American masculinity and blackness, ethnic comedy, racial pride or parent-mocking.

Such questions arise because they constitute the joy of figuring out what the Asian American community can be for me. I can laugh and identify with smack-talking hoopster C-Dub’s on-and-off-court banter with his black friend JP Money without worrying about how white or black audiences might misread such scenes. I can nervously chortle at the film’s gag about getting a Ph.D. in Asian American studies without wondering how it perpetuates stereotypes of Asian militancy or Asian geekdom.

As a viewer, I’m emboldened by the semi-public space of Asian American independent media, where creativity is celebrated and audiences can be inquisitive about form, narrative and representation in ways they can’t when they’re worried foremost about what other audiences are thinking. A network show like Fresh Off the Boat is a lot easier to stomach when you know not everything is on the line because there are alternative forums for self-expression, like the Asian American film festival circuit.

For instance, the issue of accents sported by young Eddie’s immigrant parents is one of the most vexing and controversial aspects of Fresh Off the Boat that has drawn Asian American ire. But here’s the thing: Unrealistic, even minstrel-ish Asian accents are a feature of indie Asian American cinema, too—only, in that space, there is frank conversation about the context of production: a limited acting pool (especially for older characters) or intra-Asian (mis-)casting.

The result has been feature after feature where parents speak in wonky accents and children talk back in offbalanced English that awkwardly attempts to capture the linguistic code-switching of the Asian immigrant household. I call these the “1.5 generation Asian American films,” a reflection of the fact that Asian American cinema has arrived but not quite emerged on the wider film stage. Like 1.5 generation immigrants, these films don’t seem fully Americanized because of circumstance—but we get and accept it because, as members of the community, we understand that assimilation is a luxury that not everyone has access to. This is a type of cinema that’s accented in ways that are sometimes indecipherable to both earlier or later generations of Asian Americans, but that represents a fuzziness of identity that we should be proud to embrace.

If we’re simply drawing a line from Margaret Cho’s All-American Girl, which aired in 1994, to Fresh Off the Boat, these broad-brush representations of Asian American cultures and families on network television can be maddening. But if we draw the line from Ping Pong Playa (or Sarba Das’ Karma Calling, Chris Chan Lee’s Yellow, Kevin Wu’s KevJumba, or Leslie Tai’s Superior Life Classroom, all indie productions) to Fresh Off the Boat, the sitcom is liberated from the “rep sweats.” That’s because the show can be appreciated as just one of many cultural accents dotting a history of self-representation.

Fresh Off the Boat is hardly alone if we look beyond the mainstream—if it sinks, we’re buoyed by the sea of stories from independent media makers just below the surface.

Brian Hu is the artistic director of Pacific Arts Movement, presenters of the San Diego Asian Film Festival. He is the former editor of Asia Pacific Arts and has written extensively on Chinese-language cinemas, and Asian American media. He currently teaches at the University of San Diego.

This article was published in the April/May 2015 issue of KoreAm. Subscribe today! To purchase a single issue copy of the April/May issue, click the “Buy Now” button below. (U.S. customers only. Expect delivery in 5-7 business days). 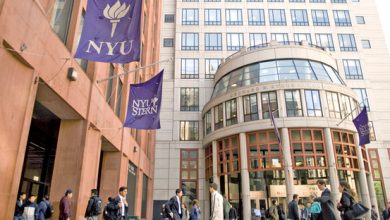