One Year In: Chego’s Roy Choi

In 2010 Choi was awarded the coveted title of “Best New Chef” by Food & Wine magazine, the first time a food truck cook was bestowed with that honor. So, it’s no surprise that close to three years since the inception of Kogi, also in 2010, Choi finally decided to open a restaurant without wheels. Chego, a cramped, brightly colored rice bowl nook in a West LA strip mall. After over a year of biz, we decided to catch up with the prolific chef about his first year in and the (east side) road ahead.

A Korean-American whose political career has mirrored the growing status of this town’s largest ethnic community was recently named deputy mayor, a move officials said was both a nod to the rising clout of the Korean-American population and a bow to necessity.

Jason Kim, 55, an immigrant himself, was Bergen County’s first Korean-American school board trustee in 1994 and the first Korean-American councilman elected in the state 10 years later. His new position, though largely symbolic, represents a new era for this working-class town, which was populated mainly by German, Irish and Italian families for generations, Kim and other borough officials said.

Three enlisted Marines have been criminally charged with mistreating a fellow Marine from California in the hours before he committed suicide in Afghanistan, the Marine Corps announced Thursday.

Mayor Oh Se-hoon of Seoul said on Friday that he was resigning after the failure of his campaign to end free lunches for all 810,000 elementary and middle school students.

Seoul held a referendum on Wednesday, but low voter turnout invalidated it. That left in place the City Council’s program of providing the lunches for free, regardless of family income.

Billboard magazine created its second Asian music chart to cover K-Pop on Friday, with Sistar’s “So Cool” ranking as the first-ever No. 1 single on the new weekly “Billboard K-Pop Hot 100.”

Tears replace fears on coming back to Korea
Korea Herald

But American adoptee Liz Dewart could only beam as she told of a twist to her return to her motherland, as the woman she was unexpectedly reunited with struggled to hold back the tears.

Get To Know: AZIATIX
MSN Entertainment

The American market is a tough nut to crack, but AZIATIX are up for the challenge. While their music could be perceived as the Asian-skewed phenomenon known as “K-Pop” (K for Korean), it’s neither too Poppy nor too limiting for multi-genre fans to love. AZIATIX doubles as a group and a record label. Get to know the members:

If you have ever wanted to surf the Internet while lounging outside on a grassy lawn, only for your laptop battery to die as soon as you get comfortable, you’ll be happy to hear that Samsung has finally released its solar-paneled netbook NC215 in Korea.

North Korea have been banned from taking part in the 2015 women’s World Cup in Canada after five of their players were handed lengthy suspensions by FIFA on Thursday for failing doping tests during this year’s edition in Germany.

The five players were suspended from the game for periods of 14 to 18 months, the FIFA disciplinary committee announced.

At first glance, nothing about Elli Choi gives away her incredible talent. Like any nine-year-old, she runs up the stairs two steps at a time, greets me with a disarming smile and dashes off. Her friend, Sarina Zhang, 15, follows with a more interested look and a self-conscious smile. Behind them their mothers walk in, with a purposeful stride and restlessness that belies their polite smiles.

Elli and Sarina could be the girls next door. They insist their lives are not in any way special and refuse to tag themselves as the ‘child prodigies’ they have time and again been referred to as.

Face to face with the two girls, I find myself recalling Amy Chua’s recent book, Battle Hymn of the Tiger Mother, and the voracious debate it sparked on parenting philosophies for prodigies. Stunned by the author’s revelations and intrigued by what goes into the making of a prodigy, I settle down for a conversation with Elli and Sarina as well as their mothers, Young-eun Choi and Sherry Zhang.

Starcraft 2 has emerged as a new spectator sport, with fans flocking to viewing parties at local bars. 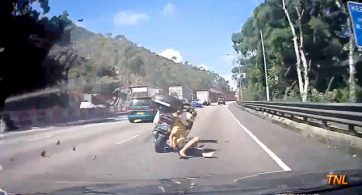 Just a stereotype? Maybe not. Earlier this month, TwisterNederland (TNL) created a compilation of videos of drivers in Asia, which seemingly perpetuates the preconceived notion that Asians can’t drive. […]