Anyone who’s watched a video of YouTuber Lizzy Capri can recognize her bubbly voice from that very first, “What’s up guys?” that opens most of her content. With pink hair, a sparkling smile and ideas for activities like converting a friend’s belongings into Legos and filling a pool with Orbeez, it’s tough not to grant her the self-described honor of running “the funnest channel on YouTube.”

It may or may not come as a surprise to learn that in reality, the 26-year-old creator is a little more laid back than her YouTube persona. “On camera you have to be more energetic, and all those characteristics that I do have are emphasized and exaggerated,” she says. She’s sitting in front of a different camera today, for a Zoom interview from her Los Angeles home. “Being on camera gets so tiring. In real life I’m definitely a little more mellow, chill and not as silly.”

That grounded mindset is one of the main reasons behind Capri’s superstar status. With over five million subscribers (at the time of writing) and three separate channels accrued over the past two years, her deserved claim to fame is bringing her unflagging positivity to audiences around the globe, whether that’s on-camera or working with nonprofit organizations like the Thirst Project and Wags and Walks behind the scenes. Her videos are typically created in concert with a group of friends and fellow creatives called Team RAR (short for the Latin “rara avis,” or rare bird) and showcase a life of mansions and sports cars purchased on the YouTubers’ salaries—in short, any Gen Z kid’s dream. But in front of and behind the cameras is a group of folks in their mid-20s with genuine connections and a shared sense of humor that leads to days spent duct-taped together, surprising one another with puppies and racing go-karts around a homemade course. From concept to completion, every single video is about one thing: having a great time.

Capri has been at the center of Team RAR since its beginnings, running the business side and fine-tuning production, in addition to bringing her own content ideas to the table and amping up that colorful persona in each video. She’s the proud owner of two degrees from Carnegie Mellon and worked in technical writing after college, but she spent her free time post-grad helping out one of her college friends, Carter Sharer, and his brother Stephen as they ventured into the realm of YouTube. “I was just so intrigued; it was so different from what I was doing,” Capri says. “I never really imagined this in my future. When I was in school I was studying technical writing and stats, thinking I’d do that for the rest of my life.”

She watched from Los Angeles as the two Sharers both quit their day jobs to pursue full-time content creation after their channel notched its first hundred thousand subscribers. Capri, on the other hand, required a few more assurances before making the same leap. “I was like, ‘Mmm, maybe a million [subscribers],’” Capri says, laughing. She’d set the number as “sort of a joke,” but sure enough, it only took a few months before the count jumped up to a million-plus. Capri knew she was facing a now-or-never moment. “So I decided to quit my job to do this whole YouTube thing, which was super unknown,” she says. “From there on out we focused so much on YouTube and just worked really, really hard.”

“Really, really hard” might be a bit of an understatement. Content creation doesn’t exactly come with a how-to manual, so Capri has spent these past few years honing the skills she needs to be one of the best in the game. She brought her technical know-how to their channel, analyzing the best-performing content and tracking the numbers, before kicking off her own lifestyle and DIY channel back in 2018. “We were super analytics-based, so we tried to reverse-engineer how videos are created or how our data looks and try to get more views, more exposure,” Capri says. Over time, their content began to evolve accordingly. Then again, so did YouTube itself. “If I didn’t have a stats background, it’d be over my head,” she adds. “Back then, there was a lot of clickbait, and the way they measured metrics and continued to recommend your videos was based on how many people clicked on your video, which is all thumbnail.”

Having oh-so-clickable titles and eye-catching thumbnails is still essential, as a quick scroll through Capri’s YouTube channel can attest. Dozens of recent videos with lurid, technicolored images and all-caps titles like “UNDERWATER DATE WITH MY CRUSH!!” are quick to leap out. The difference, Capri explains, is that the click factor is no longer the most important part of creating each video. Once she had gotten a handle on the finer details of YouTube, she switched her focus to the viewing experience rather than the numbers.

But that’s not to say she’s taking it easy now. Holding a friendly competition for who can stay in a hot tub the longest might look like a breeze, but each video is the final product of countless team meetings between Capri and the rest of her crew. “Having a plan, goals and visions is something that’s so important in terms of building our channels as a business, as opposed to just, ‘Oh this is just my personality,’” Capri says. “We’re trying to make it sustainable and something we can do long-term, so building the right infrastructure has been key.”

Finding that work-life balance has been a theme throughout Capri’s career. Most folks get to clock out at the end of a workday, but content creators don’t have that luxury—not that Capri minds. “Even if we’re driving, I’ll see something and be like, ‘Oh, this would be so cool to do,’” she says. “I didn’t use to have that running in the back of my head all the time. We have brainstorming sessions not just on the thumbnail and title, but also on how we’re going to make this video engaging for our fans and make sure it’s up to par with our best videos and other videos out there, too. We’re constantly trying to one-up ourselves in terms of making better content.”

And yes, Capri still uses “we” and “our” even when referring to her own channel, because her work with Team RAR has remained so collaborative. The group consists of Capri and Sharer, in addition to other YouTubers Steven “Stove” Cho, Ryan Prunty, producer Matt and, of course, Capri’s adorable poodle mix Milli, who has her own channel with a million-plus subscribers.

While the human members of Team RAR met one another in varying ways, through hiring sites, family friends and more, making those connections has been a goal from the very beginning. “We really wanted to create a community where people can collaborate and make videos together, and create this community that helps each other,” Capri says. “I consider them like family at this point, because we’ve been through so much together.”

The friendships that unite Team RAR are palpable on-screen, and are a big part of what makes their content so enjoyable both for Capri to make and us viewers to watch. Numbers and metrics aside, it’s living proof that leading “the funnest channel on YouTube” is, in fact, fun. “At a certain point I was taking it so seriously, and it was so stressful,” Capri says. “Incorporating that fun aspect made me realize, ‘Look, I’m going outside today and hanging out with all my friends and filming it, and it’s going to be a good time.’ I want to make sure I’m having fun in my videos so viewers can really feel it because I want to make sure that after [they watch], they feel good.”

That’s especially crucial now, as so many of us find ourselves stuck indoors due to the COVID-19 pandemic. Even Capri and Team RAR haven’t made it past the crisis unscathed, as their production schedule and crew have been curbed in the past months. But that’s not stopping Capri from brightening our days at home. “I try my best to provide entertainment that will still inspire people to have fun in their backyards,” Capri says. “I want them to walk away being like, ‘Oh, I want to try doing that!’ Or encourage other people to do the same thing, or do something bigger.” With all this free time during shelter-in-place orders, “something bigger” than a swimming pool full of Orbeez might be closer than we think. 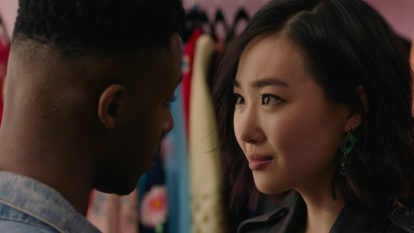 If you only have a few days to finish a project in order to graduate and start chasing your dreams in Hollywood, what would you do? Seems like a […]