K-Pop fans went wild as Tiffany from Girls’ Generation went up to receive the Video of the Year award at the first YouTube Music Awards on Sunday night.

Held at Pier 36 in New York City, the awards show was hosted by actor Jason Schwartzman and and comic-musician Reggie Watts and credits acclaimed filmmaker Spike Jonze as its creative director. The show was live-streamed to 215,000 YouTube users and viewers themselves voted on the winners for categories such as video and artist of the year and YouTube phenemonon.

Girls’ Generation beat out American pop icons such as Lady Gaga, Justin Bieber, One Direction and Selena Gomez to win the first ever Video of the Year award for their music video “I Got a Boy.” While the eight other members of the Korean female group were working back in Korea, Tiffany was there to represent Girls’ Generation and accept the award.

“To be here in the first ever YouTube Music Awards is a treat in itself,” Tiffany said, “But to win Video of the Year… this is absolutely unexpected, and exciting and altogether humbling at the same time.”

Check out the videos of their award acceptance and winning video below: 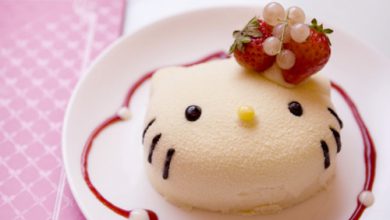 You may not know it, but November 1st is quite an important day. Today is the birthday of one of our most beloved characters, Hello Kitty. Sanrio’s Yuko Shimizu  introduced […]