The story for “Godzilla: King of the Monsters” is the flimsy tortilla chip that scoops up the guacamole of the film’s monstrous battles. The latest installment to the legendary “Godzilla” franchise, “King of the Monsters” somehow manages to be simultaneously an awe-inspiring spectacle and a creative snooze-fest.

The dilemma of having a destructive mythical being as the main protagonist is that he can’t be shoehorned into small-scale personal dramas, like divorce or single-parenting. Unluckily for the audience, these themes are hammered in anyway through the bland Russell family. Dr. Emma Russell (Vera Farmiga) is an angsty scientist who’s trying to raise her spunky teenage daughter Madison (Millie Bobby Brown) while mastering the technology to control god-like beings. She’s more successful with the latter. Her ex-husband Mark Russell (Kyle Chandler) is going through a midlife crisis, photographing wolves and being generally miserable.

The plot centers around Emma Russell’s Orca, a sonar device that emits frequencies to  communicate with Titans, the ancient behemoths from Godzilla’s world. When Emma and Madison are kidnapped by an eco-terrorist cell, the Orca is used to wake a number of malevolent sleeping Titans. The evil GreenPeace knock-offs claim to want the Titans to scorch the earth and purge it of human influence, but it’s really just a thinly-veiled excuse to introduce a bunch of new monsters to the audience. Meanwhile, Mark Russell is enlisted by the company Monarch, Emma’s employer, to help track down the Orca. He joins the nerdy task force led by stoic biologist and Godzilla fanboy Dr. Ishiro Serizawa (Ken Watanabe). The team is protected by G-Team, a paramilitary squad led by Colonel Diane Foster (Aisha Hinds). Between the Monarch geek squad and the brawny G-Team, there are almost ten underdeveloped characters battling for screen-time. While this massive cast performs an admirable job, character development is spread thin over the movie’s bloated roster.

Despite all these creative issues, “King of the Monsters” is still a great time. The movie is gorgeous. Its breathtaking scope alone is an excuse to see the film in theaters. There’s something satisfying about seeing Godzilla and his rival King Ghidorah duke it out on a city-size scale. The backdrop is often filled with dramatic cloudy skies and stormy oceans, not unlike those of a Delacroix oil painting. The adrenaline-pumping soundtrack, featuring callbacks to the original “Godzilla” films, rounds out the epic nature of “King of the Monsters.”

It’s the kind of film to kill it with audiences and flop with critics. Despite its numerous attempts to introduce pseudoscience and ethical debates, the film is meant to be watched with your brain switched off. Watching a giant lizard punch a three-headed dragon is great entertainment, and there’s no reason to overthink it. If you’re willing to look past the meaningless human characters and the generic plot, “Godzilla: King of the Monsters” is the perfect empty calorie snack for your action flick cravings. 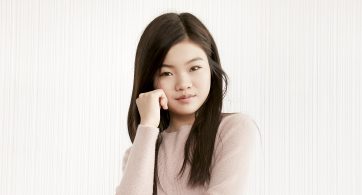 In her role as Suzume Kimura in “The Darkest Minds,” Miya Cech has hardly any speaking lines—her character is mostly mute. But on the 12th floor of a hip […]