In her role as Suzume Kimura in “The Darkest Minds,” Miya Cech has hardly any speaking lines—her character is mostly mute. But on the 12th floor of a hip office building in Burbank, Cech has plenty to say. She sits perched on the edge of a sofa, holding herself with poise and confidence that far surpass her 12 years.

Cech was adopted from Japan by American parents, and she’s been modeling since age 4, so one might think that she’s accustomed to the spotlight. But on the first day of filming “The Darkest Minds,” she says she still got the jitters. “I remember feeling nervous and not knowing what to expect. And to be honest, I haven’t grown out of that … yet,” Cech says.

Nerves aside, Cech is fast gaining a reputation as one of Hollywood’s most talented child actresses. Her electro-kinetic character in “The Darkest Minds,” a dystopian flick in which teens develop supernatural powers and are persecuted by the government, garnered Cech a cult following. She’s also booked roles on TV shows like “Arrow” and “American Horror Story.” And, during what she’s described as her “crazy summer” of 2018, Cech worked on two more exciting movies that will hit Netflix at the end of this month.

In “Always Be My Maybe,” a rom-com starring Ali Wong and Russell Park, Cech plays a younger version of Wong’s character Sasha. Cech emphasizes that, although the film revolves around Asian American characters, it’s a movie that everybody will enjoy. “It’s the kind of rom-com that we really need right now,” Cech says, leaning forward. “It’s good for everyone; it’s not just for a specific group of people. It’s funny, it’s cute, and it has a very strong Asian American cast.”

She becomes even more animated when discussing “Rim of the World,” an alien invasion drama about four kids who take on the otherworldly forces that interrupt their summer camp. Cech plays ZhenZhen, the only girl in the group, who rallies the boys together. Cech describes her character as “edgy and tough”—an unusual role for her to play, but one she’s happily embraced. “At first she seems kind of cold and mean,” she says, sounding almost as though she’s speaking of a close friend or sibling. “But really, she just doesn’t let herself get pushed down. She’s the embodiment of girl power.”

Off set, Cech herself is a dedicated activist who is passionate about adoption and animal rights. She’s also an ambassador for the Asian American Girl Club, an organization founded by Ally Maki that seeks to redefine what it means to be an Asian American woman. When she was approached by Maki about joining the club, Cech jumped at the opportunity. “I was very excited because it was the first time I had seen something that was just for Asian American girls,” Cech says. “There wasn’t a lot of representation for girls like me, or even women like me. Things are changing.”

Cech hopes there will soon be more roles for young Asian American kids like her. She recounts several occasions when she persuaded casting directors to consider her for parts. “I’d like to see more people like me being able to change the producers’ or directors’ minds about what they want to see for roles,” Cech says.

In terms of new roles she’d like to take on, Cech says she’d love to play the character of Claudia Kishi in the Netflix reboot of “The Baby-Sitters Club,” based on the book series of the same name that Cech says she’s read from beginning to end. Eventually, she wants to work behind the camera as well, though she isn’t yet sure what genre or project she might direct. “Based on the experiences I’ve had so far, I think it’d be fun to experience directing all different types [of projects], and find where I’d want to stay, even if that means taking forever,” Cech says.

She still has plenty of time to figure it out. As Cech stands to leave, she pulls on a small backpack, studded with enamel pins. The collection includes a tiny likeness of Ruth Bader Ginsburg, a black rectangle for the Time’s Up movement and one BTS button, a reminder that despite her maturity and talent Cech is still a tween girl like any other. 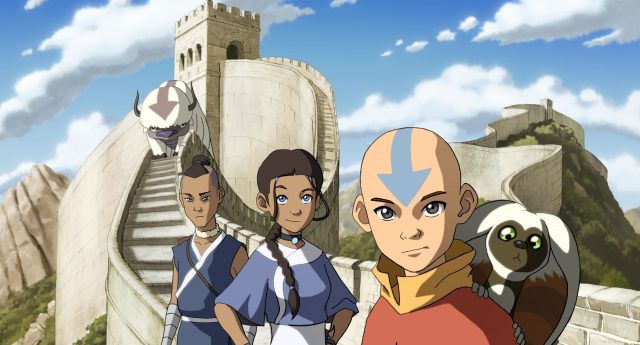 Confession time: I had never seen “Avatar: The Last Airbender.” But a gopher at the Kenneth Hahn State Recreation Area in Los Angeles ratted me out. After seeing the […]