Han, usually known for playing romantic love interests, took on the surprisingly gritty role of Miss Baek — a woman who sets out on a quest to escape her abusive family only to find herself trying to help a young girl who is also in a scarily similar situation. The film deals with dark themes of childhood trauma and the cycle of abuse. Han hopes the movie and others like it can help raise awareness of the often overlooked topic.

“I’m so honoured to become the first ambassador for the New York Asian Film Festival Winter Showcase,” Han said at the film’s premiere. “‘Miss Baek’ deals with the social issue of child abuse, it will be difficult to watch, however, I hope it will become a start for change for a better world for change for children.”

The NYAFF winter showcase will continue on to next weekend from Feb. 8-10 and will be focusing on showing classics in 4K, iconic kung fu movies and revealing the festival’s much anticipated secret screening. 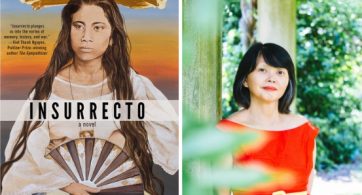 Most people have never heard of the bloody Philippine-American War that took place at the turn of the 19th century, when Filipino freedom fighters resisted American imperialists with machetes […]