As anyone who’s seen the original renditions of “The Grudge” or “The Ring” can tell you, there’s no contest. With few exceptions, Asian horror movies are always way more terrifying than any American horror flick or Hollywood remake. This Halloween, whether you’re spending the night in avoiding trick-or-treaters, or throwing a party with some of your closest friends, be sure to put one of these eight films on to get into the spooky spirit. Just a warning: you may need to keep a nightlight on after the credits roll.

As viewers of “The Shining” and “Insidious” can attest, there’s nothing more unnerving than a creepy little kid. Directed by Japanese horror master Hideo Nataka (who also did “The Ring”), this movie might make your obnoxious upstairs neighbors seem a little less annoying by comparison.

The movie that spawned what feels like a thousand sequels and remakes, “Ju-On” is about a vengeful female spirit and her son who haunt the house they were brutally murdered in, visiting painful deaths on anyone who dares to trespass on its grounds. As with many of the films on this list, trust us when we say that the original is better.

Starring “47 Ronin” actress Ko Shibasaki, “One Missed Call” is about an unusual curse. Victims get voicemail recordings of their own deaths, dated two days in the future, and there’s no escaping their gruesome fates. Though this movie was made in 2003, it’ll probably lead some to re-think their smartphone dependence.

This Korean horror is tailor-made for fans of thrillers and twist endings. The movie follows Su-mi, a young Korean girl who has been institutionalized after the death of her mother, as she returns home and reunites with her beloved sister Su-yeon. Don’t expect a heartwarming family get-together, though—there’s plenty of supernatural and psychological elements at play here.

Guilt collides with the paranormal in this Thai film. A photographer, Tun, and his girlfriend Jane accidentally run over a pedestrian, and soon find inexplicable events piling up around them. But as the protagonists learn, an uneasy conscience can prove to be a heavy weight.

The original of “The Ring” is based on the archetype of the Japanese yūrei, but with a vengeful, modern twist. It’s hard not to be a little wary of your TV screen at home after watching a murderous ghost crawl out of one.

This surreal 1977 cult classic follows a young woman named Gorgeous, who invites six young female friends to her aunt’s remote mansion after discovering that her widower father has remarried. If the words ‘remote mansion’ weren’t enough of a clue, the trip doesn’t include a whole lot of rest and relaxation for Gorgeous and her friends.

“Gonjiam” shows Asian horror updated to the modern day. The movie centers on Ha-joon, the moderator of a YouTube channel called “Horror Times,” who sends a group of six explorers to film an exploration of the abandoned hospital. And as for Ha-joon’s motives, who hasn’t willingly entered a psych ward just to increase YouTube subscribers? 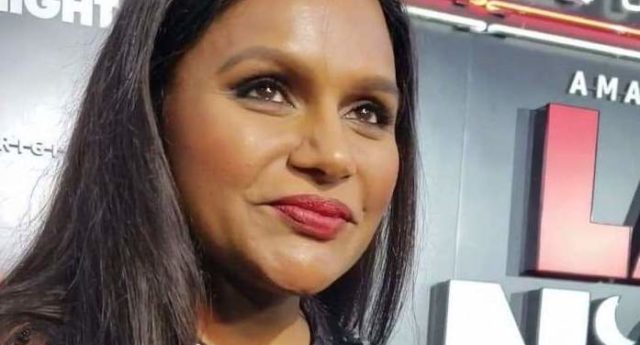 Mindy Kaling confirms she still has a few cards up her sleeve, as she signs an original comedy series deal with streaming platform HBO Max. The Emmy Award-nominated writer […]