Mindy Kaling confirms she still has a few cards up her sleeve, as she signs an original comedy series deal with streaming platform HBO Max. The Emmy Award-nominated writer and actress has a thirteen episode straight-to-order series titled “College Girls,” following three freshmen college roommates and their adolescent frustrations. Kaling will serve as showrunner and will executive produce with Howard Klein of 3 Arts Entertainment. The deal comes on the coattails of Kaling’s earlier six-year overall deal with Warner Bros. Television to create new and original content for broadcast, cable and streaming platforms.

Also joining the roster of incredible talent at HBO Max are Elizabeth Banks and Issa Rae with their projects: a high school show based on DC Comics characters, and a comedy about a female hip hop group, respectively.

“These three incredible talents embody the distinct and diverse voices that will give flight to the quality HBO Max brand promise across all audiences,” said Kevin Reilly, chief content officer at HBO Max, in a statement to “The Hollywood Reporter.” 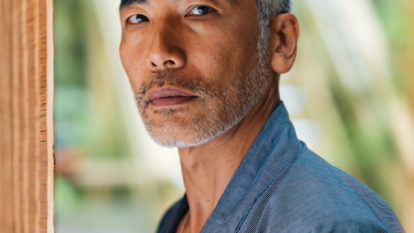 On a sunny October day, Hiro Kanagawa is sequestered inside a small Hollywood coffee shop. He’s up bright and early despite attending the premiere of his new series, “Limetown,” […]