Hasan Minhaj will become the first Indian American to host his own weekly comedy talk show when his 32-episode series starts on Netflix later this year.

Minhaj, a correspondent on Comedy Central’s “The Daily Show,” made headlines when he hosted the White House Correspondents’ Dinner following Trump’s inauguration. Last year, he also released a comedy special — the well-received “Homecoming King” — with the streaming giant.

According to the Hollywood Reporter, Minhaj’s talk show will be an “opportunity for the comedian to explore the modern cultural and political landscapes with depth and sincerity.”

The show will be co-executive produced by Prashanth Venkataramanujam, a writer and producer whose credits include “Bill Nye Saves the World” and “Homecoming King.” 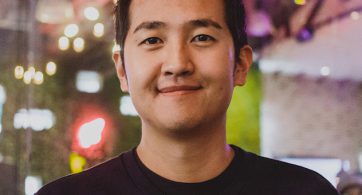 Steve Ahn’s always been the kid in the corner doodling characters from “Dragonball” in his sketchbook. He was that kid in South Korea, where he was born, and where […]