What do sword-wielding samurais, vigilante martial artists and brain-eating zombies have in common? They’ll all be at the 18th edition of the New York Asian Film Festival, “Eighteen: Still Too Young to Die.”

Fortunately for festival goers in the Big Apple, these colorful characters will appear on the silver screen, not the subway. The festival kicks off on June 28 with a screening of Bernard Rose’s “Samurai Marathon,” an action-packed film about honor, Western imperialism and a 36-mile race, set in 1850s Japan to a score by legendary composer Philip Glass (“Koyaanisqatsi”). This year’s centerpiece will be Kan Eguchi’s “The Fable,” a Japanese action drama that follows a yakuza hitman on vacation. Films in the Main Competition include Huang Chao-liang’s explosive drama “Han Dan” and Kim Yoon-seok’s directorial debut, “Another Child.” Features like Leon Le’s award-winning “Song Lang” and Jacen Tan’s comedy “Zombiepura” round out the lineup.

At the center of this year’s NYAFF is martial arts director and choreographer Yuen Woo-ping, who will receive the Star Asia Lifetime Achievement Award. The festival will also include a screening of “Iron Monkey,” as well as the latest installment in the Ip Man franchise, “Master Z: The Ip Man Legacy,” starring Michelle Yeoh (“Crouching Tiger, Hidden Dragon”) and Tony Jaa (“Ong-Bak: The Thai Warrior”) alongside Dave Bautista (“Guardians of the Galaxy”).

All in all, it’s sure to be an incredible couple of weeks for cinephiles who make their way to New York’s Lincoln Center. Get tickets and more info here. 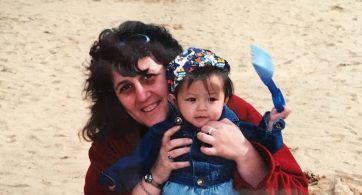 Growing up as a Chinese American adoptee raised by a white family gives a whole new meaning to the question, “but where are you really from?” It’s a perspective […]