Hiep Thi Le, best known for her role opposite Tommy Lee Jones in Oliver Stone’s 1994 film “Heaven and Earth,” died Tuesday. She was 46.

The Vietnamese American actress passed away due to stomach complications, Deadline reported. Le, who was born in Vietnam and fled the country as an 8-year-old refugee when her mother put her and her younger sister on a boat, eventually reunited with her father in Hong Kong before settling in Oakland, California.

In “Heaven and Earth,” Le played the lead role of Le Ly Hayslip, a young woman living in the aftermath of the Vietnam War. Le, who was attending the University of California, Davis, as a physiology major at the time and attended an open casting call for the film at San Jose State University, became a pioneer for Asian American actors. Her performance received praise, being called “nonprofessional but very capable” by the LA Times in 1993.

Later in her career, Le starred in roles in “Bugis Street,” “Cruel Intentions” and “Green Dragon.” She also opened up her own Vietnamese and French-Vietnamese fusion restaurant in Venice, California. 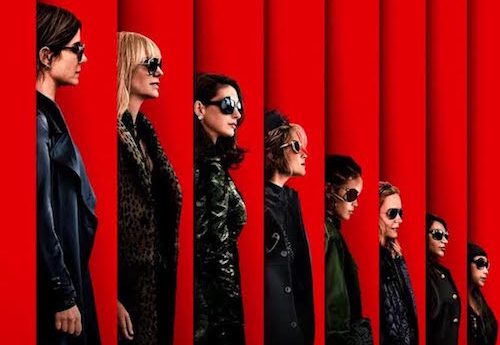 Sandra Bullock plots a jewelry heist in the newest trailer for “Ocean’s 8,” but she can’t do it without a little help from her friends. The all-female reboot of […]