Sandra Bullock plots a jewelry heist in the newest trailer for “Ocean’s 8,” but she can’t do it without a little help from her friends.

Awkwafina, born Nora Lum, is a rapper and comedian known for her viral hits like “My Vag.” She was recently honored as Female Breakout of the Year at Kore Asian Media’s 16th annual Unforgettable Gala. In the film, Awkwafina plays a street-smart pickpocket recruited to be one of the Ocean’s 8.

Mindy Kaling recently tied up her last season of “The Mindy Project,” but has since announced that she is working on new projects with NBC. Kaling plays Amita, a con artist who specializes in producing counterfeit jewelry.

The film is due out in summer next year. 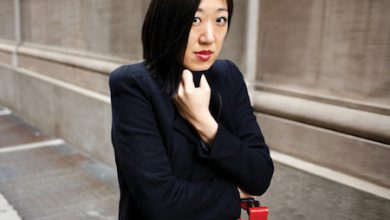 A new play about to hit Broadway is going to make history. “Straight White Men,” by Korean American playwright Young Jean Lee, is the first play by an Asian […]