Jennifer Yuh Nelson has a dizzying number of accomplishments attached to her name, many of them with descriptors like “first” and “only.”

First female to sit on the director’s chair on an animated feature — “Kung Fu Panda 2,” which would become the highest-grossing film in history directed by a woman in 2011 — from a major studio. First woman to win an Annie Award for Directing in a Feature Production. Second woman nominated for an Oscar in the Best Animated Feature category. Only Asian female director to helm more than one Hollywood film in the past decade.

The secret to her success? Watch below for a piece of the Korean American filmmaker’s wisdom: 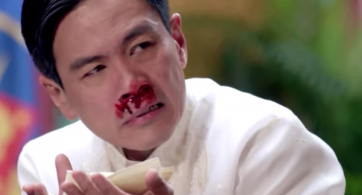