After watching the spotlight films at the Newport Beach Film Festival’s Pacific Rim Showcase, viewers moved downstairs to Time Nightclub, where two dragons, one hot pink and one white, stood poised on a platform above the dance floor. As a group of musicians kicked off with an ear-splitting drum and cymbal beat, the dragons leapt into action, twirling around the floor, throwing their legs into the air and at one point twerking in front of a table of attendees.

The Nhan Dung Lion and Dragon Dance Crew were just part of the lineup of Asian American performers at the Pacific Rim Showcase afterparty. The showcase (which featured four works from Korea, Japan, China and Australia this year) has been a major part of NBFF since the festival’s inception twenty years ago. The event aims to create a space for Asian American creatives to present their films to a wider audience. And this year’s features did not disappoint. The showcase included Cho Kyu-jang’s “The Witness” (2018), a South Korean thriller about an ordinary man on the run after witnessing a murder, and Jie Liu’s “Baby” (2018), a touching, indie film that focuses on how individuals with disabilities are treated in China.

All of the spotlight films have garnered critical and popular acclaim since their respective releases, but as three of the four movies focus on rather dark subject matter, the afterparty supplied a welcome emotional palate cleanser for guests. Other entertainment included the University of California, Irvine Jodaiko: Japanese Drumming Ensemble and Hansori: Korean Cultural Awareness groups, who put on traditional Japanese and Korean drumming performances. After the entertainers left the dancefloor, the crowds took center stage, dancing to a variety of early 2000s pop songs spun by DJ Kamoflage. 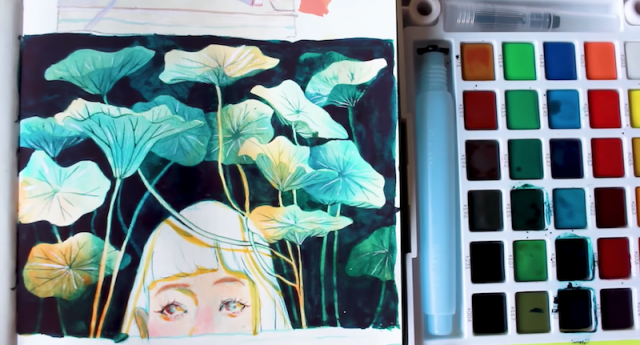 Summer—the season of relaxation and a much needed break from studying. And, plenty of time to take up a new hobby, watch a few movies or discover a new […]