Tonight, Philadelphia will host the NFL’s first Tuesday night game since 1946, when the hometown Eagles face the visiting Minnesota Vikings. But not everyone is happy about the circumstances.

The NFL postponed the game, which was originally scheduled for a 8:20 p.m. (EST) kickoff on Sunday, amidst public safety concerns about the then-impending winter storm that eventually hit most of the Northeast. At the time the game was called, however, no snow had accumulated, and only about five inches were on the ground at the time of the scheduled kickoff. On Monday, Pennsylvania Governor Ed Rendell blasted the decision, calling it emblematic of the United States having devolved into “a nation of wusses.”

The NFL seems to be placing a greater overall emphasis on safety this season. For instance, the league has cracked down on helmet-to-helmet hits and has established more stringent guidelines for treating players’ concussions and other head injuries. But the Pittsburgh Steelers’ Hines Ward, widely regarded as one of the toughest players in the league, has been critical of the NFL’s public stance. Speaking out earlier this month, Ward lashed out at what he perceives as the league’s hypocrisy in dealing with safety issues.

“Say one thing, and do another,” said Ward, who earlier this year was named to President Obama’s Advisory Commission on Asian Americans and Pacific Islanders. In reference to the owners’ proposal to expand the regular season from 16 to 18 games, Ward expounded: “Talk about safety, but you add two more games. If they’re so concerned about safety, why are you adding two more games? That right there tells it all. They don’t care about the safety of the game.”

What do you think of Gov. Rendell’s and Hines Ward’s comments? 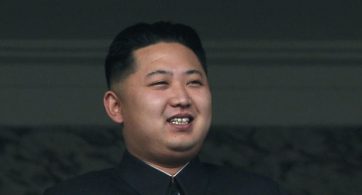 Vincent Yu/AP Kim Jong-eun, the successor to North Korea’s leader, Kim Jong-il, is going to have a sad birthday this year. According to Open Radio for North Korea, a […]