“La Verite,” also called “The Truth” in English, will shoot in France in October and November. Ethan Hawke and Ludivine Sagnier (“8 Women”) are also confirmed to join, according to Deadline. The movie is scheduled for release in 2019.

The movie follows a homecoming journey of a married couple (Hawke and Binoche) to France. A series of truths are unveiled during their reunion with the wife’s mother (Deneuve), a famous actress who publishes a controversial autobiography.

Kore-eda gripped wide attention when he won the coveted Palme d’Or for “Shoplifters” in May. The new drama will be his first movie outside Japan. His previous works include “Nobody Knows,” “Air Doll,” and “Our Little Sister,” which debuted in Cannes. 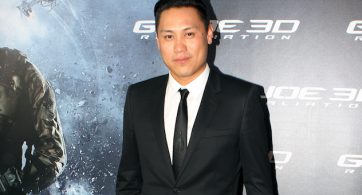 “Crazy Rich Asians” director Jon M. Chu announced his efforts to bring the miraculous Thai cave rescue to the big screen, saying he will record the event with accuracy […]