Many an actor has taken on the task of portraying history’s arguably most reviled man, from Anthony Hopkins to Charlie Chaplin. Now, director Taika Waititi (“Thor: Ragnarok”) is taking up the toothbrush ‘stache torch in his latest film, “Jojo Rabbit.”

Hitting theaters on Oct. 18, “Jojo Rabbit” explores the world of a lonely young boy named Jojo, who lives in Nazi-era Germany and devotes most of his free time to preparing for war. A fanatic patriot and nationalist, Jojo finds his world turned upside down when he discovers that his mother, Rosie (Scarlett Johansson), is hiding a Jewish girl in their home. Roman Griffin Davis will make his acting debut as Jojo, while Waititi will play the role of the boy’s imaginary friend, Hitler. Although the director is perhaps best known for his contributions to the Marvel Cinematic Universe, he’s also made a name for himself with his indie-style comedies, “What We Do in the Shadows” and “Hunt for the Wilderpeople.” “Jojo Rabbit” will make its world premiere at the Toronto International Film Festival on Sept. 8 and its U.S. debut at Austin’s Fantastic Fest. 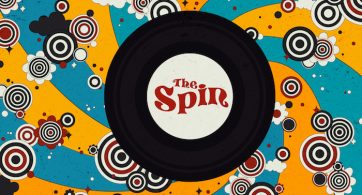 It’s the beginning of September, which marks the official end of summer. School is back in session, and the sun is starting to set earlier every day. But September […]