Get yours now at www.haikuswithhotties.com before they sell out! All proceeds go to the KoreAm Audrey Foundation, an independent, 501(c)3 nonprofit media organization that supports Asian American journalism.

For January, Eugene Lee Yang is photographed as five different members of a K-pop group, and he has documented his transformation in a Buzzfeed music video.

Here’s a behind-the-scenes glimpse of our shoot with August’s Peter and Yoshi Sudarso:

And the calendar was recently featured on NBC News Asian America: “‘Haikus With Hotties’ Wants to Help You Ring in the New Year”

We are giving away TWO FREE COPIES of the 2016 Haikus with Hotties calendar to one lucky person. To enter, like us on Facebook, Instagram or Twitter and tell us who your favorite calendar hottie is OR who you’d like to see in a future calendar. Make sure you tag #HaikusWithHotties and @audreymagazine.

You have until FRIDAY, December 18TH to get your submissions in! 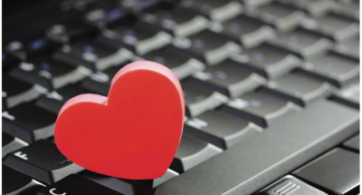 Story by O.D.D. (Online Dating Diary) Girl When Audrey unleashed its new look last fall, it was also the beginning of this column. Around the office (and to some […]